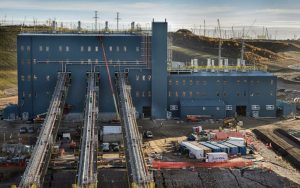 The Niagara Independent, June 4 & 11, 2021 — This week Statistics Canada reported that the country registered its first quarterly surplus in 13 years as a direct result of surging commodity exports. Canada posted a $1.2 billion surplus in trade in the first three months of 2021 based primarily on $6.8 billion of energy exports of oil and natural gas – alongside forestry products and aircraft exports to the U.S.

Canada’s oil and natural gas industries serve as one of the country’s greatest assets and greatest wealth generators. Oil and gas production is the reason why Canadians can afford and enjoy such a high standard of living.

The industry numbers tell the tale.

JOBS: The federal government reports that in 2020 there was a total of 4,125 oil and gas companies in the country. It estimates the industry employs more than 500,000 skilled jobs and supports another 400,000 indirect jobs. In a 2016 study, the oil and gas industry was identified as the largest employer of Indigenous people in the country, with about six per cent of the sector’s workforce identifying as Indigenous.

EXPORTS: Canada is an exporting nation and oil and gas exports have been the most significant resource exported from our country since the 1950s – and it will remain so likely for decades to come. The latest figures from 2019 reveal that mineral fuels accounted for $130.57 billion, or 22 per cent, of total exports.

Remarkably, the IEA estimates that in 30 years the world would need twice as much energy as it produces today if it were not for continuous improvements in energy efficiency.

GDP / TAXES: As the noted trade surplus numbers suggest, this industry means a great deal to Canada’s bottom line. It is a huge contributor to the country’s GDP and a major source of tax revenues. Last year oil and gas contributed $117 billion to Canada’s GDP – and, to put this into perspective, it is six times the economic benefit of Ontario’s auto industry.

In an economic analysis of the industry, the Canadian Energy Research Institute estimated that in the next decade oil and gas activity in the country will contribute $1.4 trillion to Canada’s GDP and pay more than $139 billion in federal tax revenues and $86.7 billion in provincial tax revenues.

This industry generates wealth across the land. The Canadian Association of Petroleum Producers reports that the oil and natural gas industry is active, producing economic benefits in 12 of 13 provinces and territories. Approximately 97 per cent of Canadian oil production occurs in three provinces: Alberta (79 per cent), Saskatchewan (14 per cent), and Newfoundland and Labrador (4 per cent). Again, it is an important source of economic development, jobs, and government revenue in all of the above.

Though not a major player in the country’s oil and gas production, Ontario has just over 2,300 producing oil and gas wells and the province’s four refineries produce 396,000 barrels of oil per day. More significantly, there are an estimated 1,100 Ontario companies supplying $1.9 billion of goods and services annually to the western oil companies.

(ONTARIO TRIVIA: The first oil well in Canada was dug by hand in 1858 at Oil Springs, Ontario by James Williams. Oil Springs became the site of North America’s first commercial oil well and, by 1864, there were 20 refineries operating in Oil Springs and another seven in nearby Petrolia.)

With regard to climate change and the global push to greener energies, the Canadian oil and gas industries are at the forefront of green technologies and innovation. Canada’s Oil Sands Innovation Alliance (COSIA), set up by oilsands producers, has brought together researchers from around the world to work on the industry’s environmental performance. COSIA has seen $1.4 billion invested into 1,026 technologies. Between 2009 and 2017, it helped reduce the greenhouse-gas-intensity of oilsands operations by 21 per cent. By some estimates today, its current clean technologies projects will result in as much as 30 per cent over the next five years. In many ways, Canadian expertise is leading the way for greener oil and gas industry around the world.

“There will be no economic recovery without our oil and gas sector,” stated Canada’s Natural Resources Minister Seamus O’Regan in an interview last year with the Canadian Gas Association. The Minister reasoned, “Energy is our family business, it’s what we do…It supports hundreds of thousands of jobs in this country. And it is an export that is poised for more growth. We’re at $6.1 billion in exports in 2018. We’re poised to become one the world’s cleanest producers to supply both domestic and global markets for natural gas. It provides affordable power and heat to communities right across our country. So, we need this industry to power our economy and we need our economy powered in order to lower our emissions and do the things that we know that we will need to do for the future.”

A thriving oil and gas industry will ensure a prosperous Canada, according to Canada Action Coalition, a grassroots organization founded in 2010 to support the country’s natural resource sectors and the communities and families they support. The Coalition explains, “A strong oil and gas sector in Canada means billions more in transfer payments that can help pay for social programs, schools, hospitals and the jobs across the country…All Canadians should realize just how incredible its economic contribution is for municipal and provincial economies – whether it be through direct / indirect activity, or transfer payments – from coast-to-coast-to-coast.” 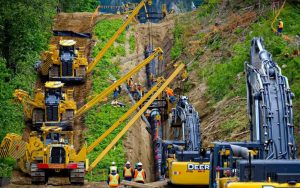 Calgary-based TC Energy Corp announced this week that it is terminating the Keystone XL pipeline project. Gone is the promise of the daily export of 830,000 barrels of Canadian crude. Gone are the tens of thousands of direct and indirect jobs, the billions of dollars in taxes, and decades of prosperity for Albertan communities. After a 13 year odyssey of regulations and government doublespeak, the company is absorbing its loses, closing its doors, and walking away.

Shouldn’t this loss make headline news? Should there not be some statement from the prime minister?

We are speaking of a blow to arguably Canada’s most significant economic sector – oil and gas production. Canada ranks fifth in the world with significant reserves to develop. There are thousands of Canadian companies and nearly one million jobs dependent on a healthy oil and gas industry. The billions of dollars of gas and oil exports account for 22 per cent of all Canadian exports. This bolsters the country’s GDP and provides tax revenues for governments of all levels across the country.

Despite the oil and gas industry’s importance to the Canadian economy, the governing Trudeau Liberals have devalued its contributions and have pursued an energy policy course that is intent on curtailing future development. In June 2019, prior to the last federal election, the Trudeau government pushed two controversial initiatives through parliament: 1. Bill C-69 established an unparalleled, onerous federal environmental assessment process for major resource projects in Canada; and 2. Bill C-48 placed a moratorium on Canadian oil tanker activity along the BC coast – effectively cutting off the Asian market to Canadian energy producers.

Together, these legislative initiatives were seen as further evidence of a federal government that is intent on closing down the western oil and gas industry. They were central to the Liberals’ campaign election promise to introduce a green agenda designed to win votes in urban central Canada.

With Trudeau’s 2019 re-election, these policies are now established in spite of the obvious ironies:

Since first gaining office, the Trudeau government’s statements and actions have delivered irreparable blows to investor confidence in Canadian energy projects. Statistics Canada data reveals that, since 2015, investment in 10 of our 15 major business sectors has dropped by 17 per cent, as both Canadian and foreign investors have headed elsewhere.

With respect to the oil and gas sector, Enbridge’s Northern Gateway project and TC Energy’s Energy East project were scrapped when the two companies were forced to manage uncertain regulatory delays. In the last 24 months mega-resource projects Teck Frontier and Energie Saguenay have been abandoned. Many exploration and drilling companies have pulled up stakes and headed south. In fact, it is estimated that within the last seven years Canada has lost an alarming $213 billion of resource projects.

In the face of this upheaval, the prime minister and certain cabinet ministers, such as Chrystia Freeland and John Wilkinson, continue to boast how the government will double down on its efforts to decarbonize the Canadian economy. Environment Minister Wilkinson has spoken about how renewable resources will ensure Canada meets its net-zero target for 2050. PM Trudeau recently told American president Joe Biden that Canada will pursue a more aggressive emissions reduction target for 2030.

However, the government’s green agenda and a healthy Canadian oil and gas sector does not have to be mutually exclusive, as president of the Progressive Contractors Association of Canada Paul De Jong points out. De Jong reasons that, “Canada stands out in global energy markets with environmental, social, and governance practices that lead the world.” He argues that the government should embrace both natural and renewable resources so that Canadian industry can be supported as an energy leader on the international stage.

De Jong states: “It’s time for a shift in mindset, and acceptance that a growing and expanding petroleum energy sector has a strong role for decades to come. Canada and the world need both natural and renewable resources. The transition from one to the other will take many years. So let’s be smarter about it now. If predictions are right, and the world is headed for an oil supply crunch, elected officials owe it to Canadians to be more practical, strategic and upfront; and to stop picking sides.”

Energy industry analyst Professor Jeff Kucharski agreed in an editorial piece he recently penned for the Globe and Mail. Kucharski observed that with the cancellation of the Keystone XL pipeline project, there are only two export pipeline projects left under construction in Canada: the Trans Mountain expansion to the pacific coast and Enbridge’s Line 3 replacement to the U.S. Midwest.

Kucharski’s piece underscored the financial importance of Trans Mountain for the country. It is estimated that the pipeline will increase western oil producers’ revenues by $73.5 billion over 20 years. The Conference Board of Canada stated this pipeline, and the Asian pacific trade it will enable, has the potential to support between $12 billion to $21 billion in annual sales of Canadian crude. On top of this economic activity, a total of $46.7 billion of federal and provincial taxes and royalties will be paid to Canadians.

“Most Indo-Pacific countries are net energy importers and many are among the fastest growing economies in the world,” explained Kucharski. “From a geopolitical standpoint, Canada is well-positioned to become a supplier of choice to countries such as Japan, South Korea, China and possibly even India…the sea lanes between Canada’s West Coast and East Asia are uncontested, safe and secure. Canadian ports are also in closer proximity to customers in Northeast Asia than U.S. ports,” said Kurcharski.

This scenario suggests promising prospects for Canadians if the Trudeau government drops its bias against the oil and gas sector and takes the necessary steps to ensure Trans Mountain successfully reaches tide water.

The importance of Canada’s oil and gas industry: part one

The importance of Canada’s oil and gas industry: part two