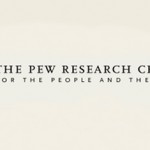 The latest biennial survey on news consumption from the Pew Research Center for the People & the Press reveals signs of “a new phase, perhaps even a new era, in the acquisition and consumption of news.”

In its concluding commentary, the research institute observed:

In the last two years, people have begun to do more than replace old news platforms with new ones. Instead, the numbers suggest that people are beginning to exploit the capacity of the technology to interact with information differently.  This notion – that we are beginning to use the tools differently without necessarily abandoning the old ones – can be seen first in the amount of time people spend getting news. Compared with much of the past decade, people say they are spending more time each day acquiring or interacting with news….

Why have we moved into this new phase — where people are not simply replacing old technologies with new but using new ones for different things or in different ways, augmenting their more traditional behavior?

One explanation is that the content is changing. News producers are beginning to understand how they can deliver news in new ways to create new understanding, whether through the use of online graphics, customizing news to fit a consumer’s interest or location, or recognizing the public as a community that participates in the news rather than an audience that receives it. Another factor is improved connections and faster speeds that bring the technology’s potential to life. A third is that consumers themselves are changing, recognizing that each platform has its own unique strengths and weaknesses. The strength of an aggregator or search engine, which allows someone to find answers to his or her own specific questions, is very different from the agenda-setting power of a newscast or a newspaper front page (even online), in which the news is ordered and presented for you. The power of a social networking site to tell you what people you know are thinking about or reading is different than the convenience of using a smartphone on the spur of the moment to check a fact or scan a headline….