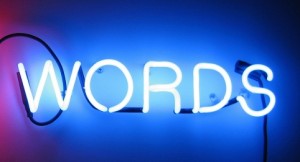 Here is an interest top-ten list. The Merriam Webster dictionary has listed the 10 most funny sounding and interesting words.