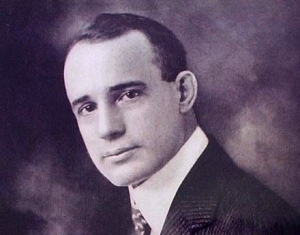 Napoleon Hill (1883 – 1970) was an American author, one of the earliest producers of the modern genre of personal-success literature. His most famous work, Think and Grow Rich (1937), is one of the best-selling books of all time (at the time of Hill’s death in 1970, it had sold 20 million copies). Hill’s works examined the power of personal beliefs, and the role they play in personal success.

In his works, Hill denoted 14 habits of people who are so likable that others go out of their way to help them. Here are those habits of exceptionally likeable people:

1. They develop a positive mental attitude and let it be seen and felt by others. Those who choose to be positive set themselves up for success and have better reputations.

2. They always speak in a carefully disciplined, friendly tone. The best communicators speak deliberately and confidently, which gives their voice a pleasing sound.

3. They pay close attention to someone speaking to them.

4. They are able to maintain their composure in all circumstances. “Remember that silence may be much more effective than your angry words.”

5. They are patient. “Remember that proper timing of your words and acts may give you a big advantage over impatient people.”

6. They keep an open mind. Those who close themselves off from certain ideas and associate only with like-minded people are missing out on not only personal growth but also opportunities for advancing their careers.

7. They smile when speaking with others.

10. They engage in at least one good deed a day. The best networkers help other people out without expecting anything in return.

11. They find a lesson in failure rather than brood over it. “Express your gratitude for having gained a measure of wisdom, which would not have come without defeat.”

12. They act as if the person they are speaking to is the most important person in the world.

13. They praise others in a genuine way without being excessive.

14. They have someone they trust point out their flaws.
Read more in the Business Insider:
http://www.businessinsider.com/habits-of-exceptionally-likable-people-2014-5#ixzz3LKYgkpMw