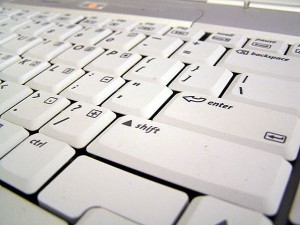 Facebook wall photos are our modern-day hieroglyphics. We tweeted this observation the other day and nobody was interested enough to respond. Our hypothesis is that, with the growing array of social media tools available for our daily communications, people have lost the interest to write and to read. There’s no time for words when a graphic will do. No time for your fingers to hang over the key board and compose your thoughts when you can simply post a wall photo. The truth of the matter is that most would rather surf through a collection of wall photos than compose a paragraph of thoughtful prose.

We have become a society of “the quick glance” with a carnivorous appetite for simple graphics, one-line slogans and photos to explain our daily thoughts and happenings. Facebook wall posters rule!

We want it all related in graphic images, produced to fit our screen (no scrolling please!) – very much like the Neanderthals, who gazed at stick figures on cave walls to comprehend their life stories.

Agree? Disagree? Let us know by leaving your comments on this blog – or join the discussion on our Facebook page. You may wish to tweet us your thoughts… or, if you’d rather, go ahead and find an appropriate wall poster to explain what you think. (We promise to glance at it.)

Touche!  Thanks for your insightful perspective Jonathan Kay!

I’m old enough to remember the early 1990s, a time when starry-eyed futurists believed the Internet would make all of us smarter. We would learn new languages, surf newspapers from around the world, cultivate international pen pals, become more enlightened people by exposing ourselves to different opinions. Twenty years later, it turns out that all this was starry-eyed nonsense: All we want from the web is to have our own ideological biases read back to us in the most hysterical and entertaining form possible – preferably with neat little YouTube links that we can pass around to our friends.

Experts call it the “confirmation bias” – our natural psychological attraction toward data or anecdotes that serve to support our pre-existing attitudes and bigotries. It’s something that always has been part of human nature. But the combination of social media with cheap online video technology has turbocharged the confirmation bias to the point where rational political dialogue is in danger of extinction. 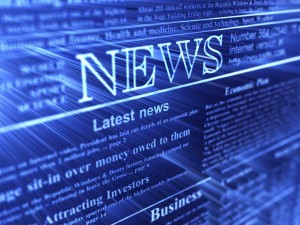 This week, By George Journal posted the insight of many of our leading news personalities as they considered, “What will be the future of news?”

Prompted by an excellent series of articles in the Business Insider, we explored the possibilities of what our new digital realities will mean for the news industry, reporting, and the delivery of information.

Our By George Journal commentary: The Future of News

The Business Insider’s special report on the future of news:  The Future of News is Going to be Awesome

News personalities’ opinions from the pages of The Business Insider:

Insights into the Future of News

Insights into the Future of News (2)

﻿Insights into the Future of News (3)

﻿Insights into the Future of News (4)

Also, two weeks ago, Canadians also witnessed the passing of a torch on the country’s most-watched nightly newscast. By George Journal paid tribute to this event – saying goodbye to Lloyd Robertson:

Having to say “Goodbye” to our trusted Lloyd Robertson

…and hello to Lisa LaFlamme:

In closing this review of the future of news, we quote Arianna Huffington, President & Editor-In-Chief of AOL Huffington Post Media Group, who says, “The future of news is about connection and engagement…” Today, there is growing involvement of the public in the development of news stories. According to the many newsmen who shared their insight, we can expect this involvement to increase in the years to come. The Internet is the “game-changer.” It has allowed news to become a participatory sport – that will come with new playbooks and responsibilities – and, undoubtedly, with growing pains. By George Journal will continue to explore and report on this fascinating transformation of “news.” 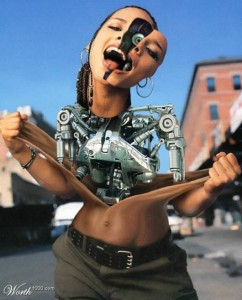 Because of the choices of available media, personal, one-on-one conversations are becoming increasing hard to have. There’s Facebook, Twitter, LinkedIn and a host of other media channels to “stay connected” and to converse.  On Facebook, you either voice your thoughts to “friends” (and otherwise) or you comment so the unseen group can see. With Twitter and other tools, your voice can broadcast around the world – and at the same time you can hear the reflections of everybody at your desktop. Skype offers you head and shoulders and a distracting set of lips that are seconds behind the audio.

What is increasingly missing in all of our daily exchanges is the personal intimacy of a face-to-face conversation. So, when you want to get personal and talk directly to a single person, what is most effective – appropriate – satisfying means for both of you to converse? A Twitter direct message? A Facebook private message? A BBM? A Skype call? An e-mail? A telephone call?

Communication can become a multistep, multiplatform process. My friend J. and I like to talk on the phone, but only after she has sent me a gmail to propose a gchat, during which we determine if a call is actually warranted and whether I should use her home, mobile, main office or satellite office number. By the time voice meets voice, we’re spent. There’s a lot of heavy breathing; none of it the fun kind.

So, do we Tweet, FB post, BBM?? In a recent G&M post by Dakshana Bascamurty, we find our preferred choices of communications are fast changing. Picking up the phone and calling someone is no longer something we want to do – and receiving a phone call from anyone has become for many a bothersome interruption in their day.

J.D. Power and Associates’ wireless use and habits study found wireless customers are using their phones less for talk time and more for texting – a consistent trend over the last number of years. The average customer sent and received an average of 500 text messages a month (this is averaged out with all users – among teens and young adults, the average is much higher).  [ Source: http://www.theglobeandmail.com/life/the-hot-button/do-you-tweet-text-bbm-or—gasp—call/article2150035/ ]

Facebook and texting – and then there’s Twitter! As By George Journal posted yesterday, Americans and Canadians are enraptured in Twitter-mania.  There’s 100 million users and 55% log on every day via mobile. On average, there are 1 billion tweets sent daily (an 82% surge in Tweets since January 2011).

For the many who would still rather converse via phone calls, emails, letters and live, face-to-face conversation, social media has become disarming. Where’s the true conversation in all the background typing noise to be heard from the exchanges on Facebook, Twitter, etc. Where’s the personal connection in one’s conversations?

The short (inadequately brief) answer to this query is that our personal communications have changed – and will continue to do so. Today, there are many who exchange personal matters directly with other individuals on a daily basis and have no thought regarding the medium; there are many who no longer expect an intimacy in many of their daily conversations;  and there are those who use social media to chat and banter and surf – and then connect on a personal level when they turn off the computer to interact with their family and neighbourhood.

So, what’s appropriate, effective for personal connections and intimate conversations depends on how comfortable you are with the various social media channels and our on-line, global voicebox.

Here are some impressive Twitter-stats revealed today by the company’s CEO Dick Costolo. 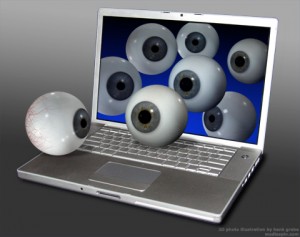 Canadians love their social media! 60% of all Canadians — over 17 million Canucks — are online according to a recent Ipso survey.*  50% of online Canadians visited a SM site at least once a week. 35% of online Canadians visited a SM site everyday (this number was only 19% a year ago). 35% say that the time spent on SM sites has increased. And SM in Canada is expanding its reach among the entire population. 86% of the 18-34 year old demographic range is active on SM sites. Almost 2/3 of 35-54 year olds and over 40% of those over the age of 55 in Canada are now actively using SM.

Yes, Canucks are wired! With regard to social media sites, here are some amazing numbers on the three largest SM sites:  Facebook, LinkedIn and Twitter.

Canada has a total of over 16.6 million users (that’s 49% of the country’s population).

To put this market penetration in Canada into perspective, Facebook has a daily audience greater than 2 Super Bowls and 6 times that of Hockey Night in Canada.

There are 101 million LinkedIn users worldwide.

For Canadian businesses, this is the place to be… there are more than 3.7 million users in Canada.  The top nations on LinkedIn are U.S. (44.2 million), India, UK and then Canada – ranked 4th.

March 2011 marked the fifth anniversary of this social media tool. The numbers of users active on Twitter are staggering by any measure…

Here is a must read – a very thoughtful article by Mark Wegierski (posted August 8th on ESR): The Internet: Boon or bane to serious discourse?

Will the Internet offer the possibilities of enhancing serious social, political, cultural, and truly philosophical debate?

Or, will the Internet simply deepen the extension of American and Canadian consumerism and political-correctness, and the (mostly American) mindless, ersatz patriotism?

Two observations made by this Canadian researcher are:

Here are key points taken from their recently conducted Social Media Reality Check 2.0.  The study explores professional communicators’ use of social media compared with consumer opinions about social media influence on their purchasing behavior.  A comparitive analysis of their year-over-year study reveals insight into how social media use has grown; campaign objectives and measurement, as well as gaps and overlaps in PR practitioner perception and the consumer reported reality.

The influence of social media on consumers

Social Media Reality Check 2.0 was presented yesterday by CNW and Leger Marketing at the Canadian Public Relations Society Annual Conference. For details on the survey:

Want the definition of “social media”? Google it an find that Wikipedia defines it :

But we came across a few tongue-in-cheek definitions of social media from Jackson Wightman:

Social media is misunderstood more than it is appreciated. One certainty – it’s both a blank sheet for your creativity and a black hole for your spare moments. It’s all and nothing. The value on derives from it is found in what is shared with your “friends” – and the world. It’s what you give – of not only your time, but also of yourself.

So you’ve unwrapped a new blog, got yourself on Twitter and are increasing your comments and activities on Facebook. Still, there doesn’t seem to be an interest in what you’re doing and what you’re saying. How do you get attention for your ideas? How do you get your readers involved in your dialogues?

Here are a few tips to get greater audience engagement with your social media.

Social media is a two-way conversation… you need to share and to give in order to receive. 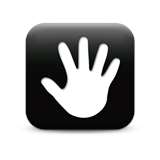 After a few months collaborating with our network, our public relations company CG&A COMMUNICATIONS is unwrapping My Right Hand.  We are offering a virtual assistant service that will support and enhance clients’ social media activities. The core strategy and content development services include:

To read more information on My Right Hand, today’s press release is here:

Or find out more from the CG&A COMMUNICATIONS website: