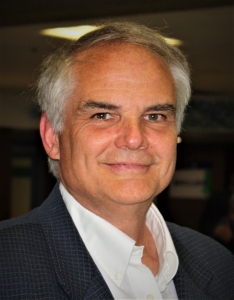 Chris is president of CG&A COMMUNICATIONS, a public relations firm established in 1994.

Since 2001, Chris has been providing counsel and services to the Council of Ministers of Education, Canada (CMEC) to assist provincial and territorial ministers’ advocacy efforts with the federal government’s copyright reform process. In this position, he is responsible for CMEC’s government-to-government strategy and its partnerships with national education organizations.

For fourteen years (1995-2009), Chris managed MADD Canada’s advocacy programs to advance impaired driving legislative changes within the federal and provincial governments. Chris was also responsible for the charity’s media relations and its national public affairs – with the goal to foster greater appreciation and support for MADD’s activities and its policy initiatives.

In 2000-2001, Chris served as communications counsel to the Ottawa Transition Board, the body overseeing the amalgamation of 12 local governments into the new City of Ottawa. In this capacity, he provided strategic counsel and support to the Chairman and Board members. Chris forged and managed a communications team that undertook the Board’s comprehensive media and public relations efforts as well as its communications with municipal staff and unions.

Prior to owning the public relations business, Chris worked on Parliament Hill with Cabinet Ministers and Members of Parliament. He has served in senior managerial positions in advocacy, leadership and electoral campaigns at every level of government.

Today, Chris resides in Almonte (near Ottawa), with his wife and business partner, and their two sons. He is an active volunteer in many community causes. Two that he is very proud of are: being founding director of the Canadian Anaphylaxis Initiative, an allergy awareness group that succeeded in gaining support of MPs on Parliament Hill; and, serving in executive positions and as Chairman of the Board for the Child Advocacy Centre Niagara, for which Chris was presented a Volunteer Recognition Award by the City of St. Catharines.