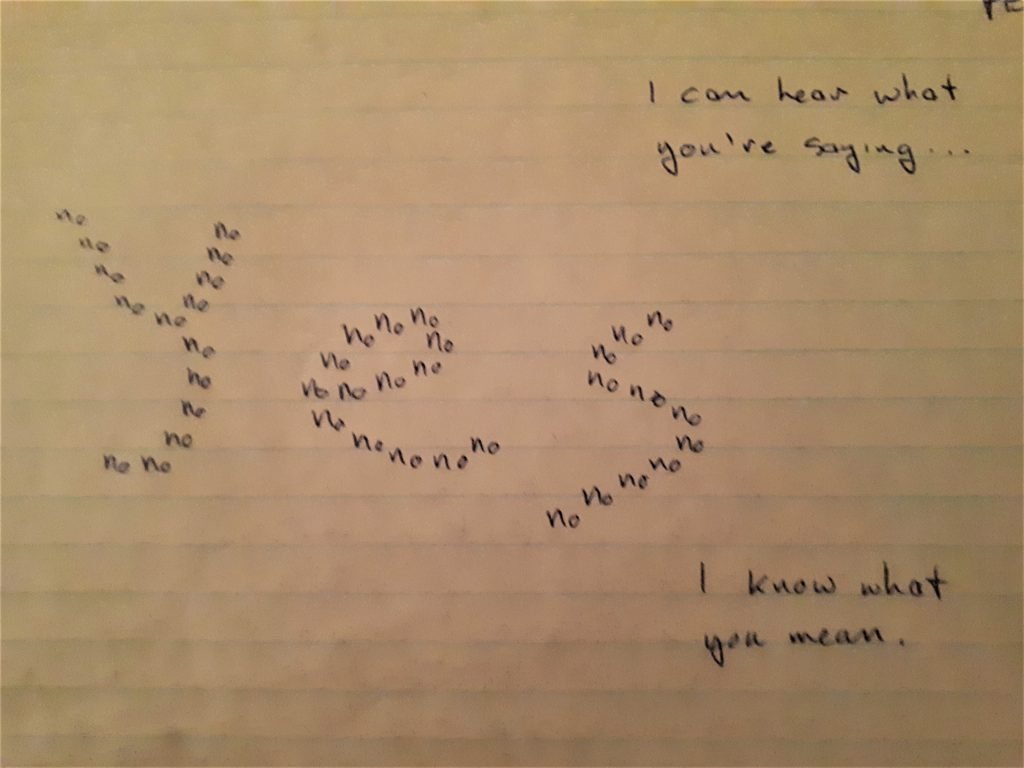 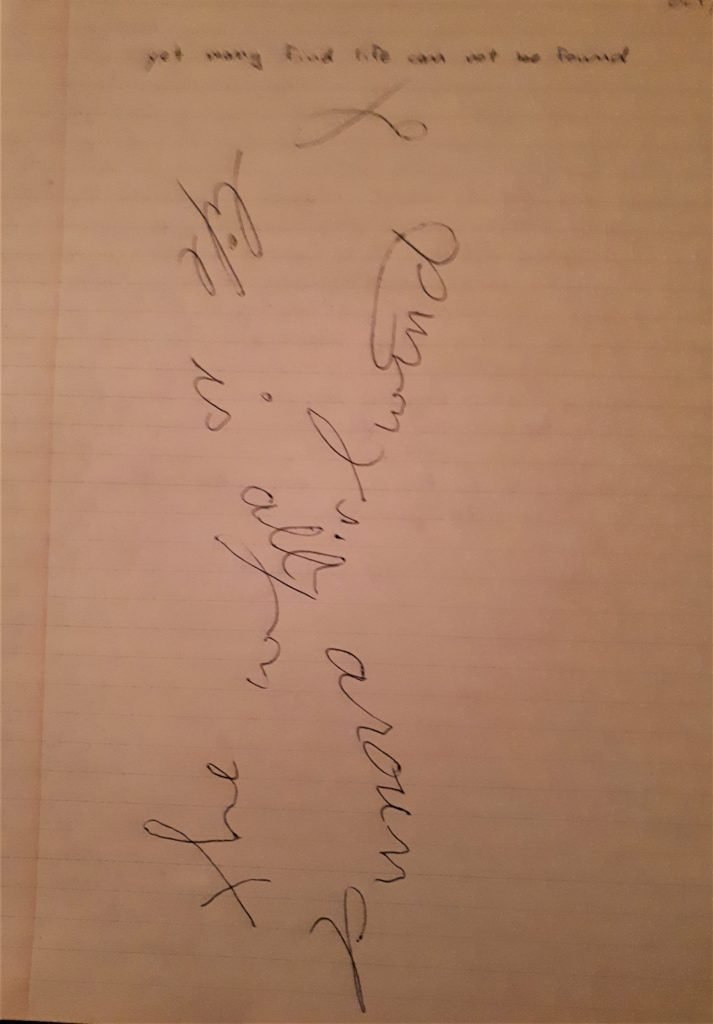 Every man must eventually run up against an Uncumber

Whether he lives to love or loves to live.

Only let him prey to the saints

that his beard be longer and whiter

(so that he is able to see pass the hair).

Enjoy life while you can – enjoy each moment

Take in all experiences as they come

For it is all fleeting and will not last

The moments just disappear – without notice

slip into some hidden spot behind you

and are lost in the darkness of time past.

the tin god rode into the field on his

he showed no spirit but strained his eyes

in his restless and annoyed manner

the sun shone high in the cloudless sky

and the heat could be felt under his worn coat

decorated with his red and blue medals,

ribbons, and pins which hung heavily as

accomplishments of his past battles

he smiled as he pulled on the bit of Xeelo

because he knew no one would enter this pasture

hidden behind Mount Parnassos in this hot valley

His dismount was stiff and stately

the tin clanked against the stirrups

sending the birds reeling to the treetops:

a fanfare for his efforts.

he saw in the treetops the mountain’s shadows

and saw the glade where he had eaten goat

and rice the day before over a brazier

Janos had comforted him and given him

the new directions and his new coat of mail

they fitted light on his shoulders and

were comfortable when out of the sunlight

this he concluded as he squatted in the grass.

Janos is serious but then

he is sure to be laughing at the sight

and welcoming this god to rest in any oven

being neither iceberg nor island but rather tin

planting a flagless pole next to his horse

the Hero relieves himself before anybody comes.

so all may see the

which passes beneath me

into a draining sea

the tide rolls out

the cross upon the hill

has fallen (or perhaps never there?)

my life carried away

to sift the sand.

where has my horse gone?

that carried me into the fog of the downs

where swords rang and cries of anguish

could be heard and prayed for.

where are those beasts of ambitions

which rode the reins of time?

mine has fallen from underneath me

and I feel so vulnerable on my own two feet.

roads that lead into horizons

straight into unknowns before us

and we are running (at times,

bent over with laughter)

anxious to move along our path

kicking at the stones to make a mark

deep breaths of the warm air

hand-in-hand, a pull and playful tug

eyes fixed on the point ahead

where the road becomes grayish-green

and disappears into the clouds

we run, kick stones, and laugh

for we recognize we are together

I feel the desire of belonging,

the happiness that I am here

I know my reason for being

I see it in my wife’s gaze

and in two energetic boys

who want nothing but to please

friendship as the foundation

and each and every day

we lay one of life’s bricks

Our joys and pleasures,

our trials and hardships

find shape in its facade;

our caring and yearnings,

our encounters and sharing

find expression in its rooms.

finding comfort in our home.

For is it not evident that we are star-crossed lovers

We have found happiness in each other’s arms;

strength in each other’s presence,

It’s an inferno of love

for now, and to burn forever more.

You’ve got me all wound up

to go to on the other side of the room

my legs are kicking out in tune to

and I’m yelling a string of profanities

to my general as I continue to fight

the lounge chair which I’ve ran up against. 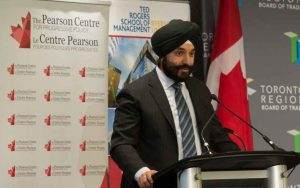 The Niagara Independent, February 7, 2020 — Many Canadians feel the federal government should not be in the business of doling out corporate welfare cheques. From an economic standpoint, it is most often money down the drain. Yet the Trudeau Government continues to shovel taxpayers’ dollars to multi-million dollar corporations. There have been numerous corporate payouts and debt write-offs in the last four years. Perhaps the most egregious example of corporate welfare is the recent payout to credit card company MasterCard – yes, that MasterCard, which recorded a net income of nearly $4 billion in 2017.

Canada’s Minister of Innovation, Science and Industry Navdeep Bains took a break from hobnobbing with the wealthiest corporate leaders at the World Economic Forum in Davos, Switzerland to announce the Canadian Government is gifting $50 million to MasterCard to help the corporation set up a Vancouver office. Minister Bains held a press conference with the company’s CEO Ajay Banga (whose 2018 salary was more than $20 million and his net worth is over $200 million) and the only thing missing in the Minister’s presentation was the over-sized cheque and grip-and-grin photo. For this handout, MasterCard will develop a new centre to advance cybersecurity technology that is expected to employ 380 people.

When the Prime Minister was first asked about his Government’s decision to give MasterCard $50 million, his response was, “Over the past five years, we have been focused on growing the middle class and supporting those working hard to join it. That is exactly what we have done.”

With the Trudeau Government it seems every explanation includes platitudes about championing the middle-class. With the new federal cabinet, Canadians can now rely on the Minister of Middle-Class Prosperity Mona Fortier and her new departmental bureaucrats to stand up for their interests, even though she admits she cannot define “middle class.” In Parliament this week the Minister stated, “Canada has no official statistical measure of what constitutes the middle class.”

But the greatest insult to taxpayers in the recent $50 million payola to MasterCard could very well be this: while corporate welfare was being debated in the House of Commons, the Minister of Middle-Class Prosperity was touting the Government’s generosity in having provided Canadians with a $90-a-year tax break – which the Minister suggested will pay for a child’s summer camp. This Government has no issues with the logic that would have MasterCard receiving a $50 million handout while Canadians get handed $90 to supposedly pay for summer camp?

The Trudeau Government has a long track record when it comes to rationalizing their corporate welfare. Recall these handouts:

This list goes on: $2.7 milllion to Canadian Tire to put electric car charging stations at their gas bars, $40 million to BlackBerry’s automated car division even though the company’s CEO said they did not need the money and a $373 million loan to Montreal-based aviation company Bombardier (which later laid off 3,000 Canadian employees).

There are also those endless, inexplicable debt and loan write-offs for government-friendly corporations. Recall a few years ago, the Trudeau Government wrote off $2.6 billion to General Motors and Chrysler corporations only to have Chrysler lay off 1,500 employees in Windsor and GM to close its doors in Oshawa putting 3,000 people out of work. Then there is the government forgiving the Irving family of a loan worth $7.4 million – beyond the $35 million in non-repayable funding for its wallboard operations in the Atlantic. Imagine this government looking after the interests of the middle class by writing off multi-million dollar loans to James Irving, who is worth approximately $5 billion!

Of course there is the temptation to swipe at this Federal Government that is headed up by a Laurentian-minded, trust-fund Prime Minister. How does such a government relate to middle-class taxpayers when they are cozied up to their tight corporate fraternity? This is a fair question for the Middle-Class Prosperity Minister and her Liberal colleagues, given that the Trudeau Government wants to put middle-class Canadians at the centre of all its rationalizations. But, irrespective of the answer, middle-class common sense tells us that the cheques recently handed out to corporations were a waste of taxpayers’ dollars – and in principle and in practice, corporate welfare should end.

by the sound of the trumpet

I find myself dashing off again

lost in the bloody field of romance

but with one difference

this battle is being fought at noon

and the maiden that awaits my return

does so in a lighted chamber where

the candles illuminate from her locks

a welcoming sunshine that comforts

so I’ve dashed off with you in mind

can’t you hear the trumpets blare my

In advance of St. Valentine’s Day, By George Journal is pleased to once again this year provide both romantic and humourous quotes, as well as some interesting materials on the subject of love. We hope you might find this menu of links useful in preparing for your special valentine on Friday!

Here’s the impact on a brain “in love”

The Bard’s Most Famous Love Sonnet

Happy St. Valentine’s Day from the cupids at By George!

As a wave that

then swelling with a fury

to fly and crash

upon the rocky shoreline

when we come together

when we are one.

I don’t ever remember auditioning

but I cross the stage and lights fade to dim

the audience hushes to catch this melodrama

and I feel all eyes are staring through my performance

I bring out the jokers, the fools

the bastard, the bitch

and it is all replaying itself

on stage after stage

on the street corner

And, as I savour that last sweet drop of my morning java

it comes to me that neither of us enjoys bitter grinds

So in an off-handed way, as I reach for the coffeepot

I turn towards your gaze looking back so damn serious,

sitting so still at the table next to me, and I attempt

to place a smile on your deserving lips by stammering

I have been deluged by the ceaseless stormwaters

stripped of all strength, raped of any sense of value

and then you enter from the rain, heralded by the thunderclaps

and you stand before me as a beacon, and perhaps my refuge

Please take me in to your shelter, allow my senses to crystalize

rebuild to some new form, a resemblance of someone recognizable

for I am weary of the cold reality pummelling the pavement

and would rather embrace, close my eyes and cry into your damp hair