Here is the current feature… 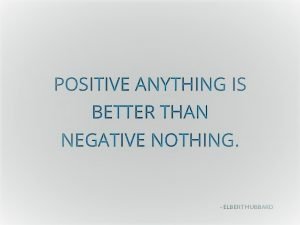 “Positive anything is better than negative nothing.” – Elbert Hubbard

“We have to do the best we can. This is our sacred human responsibility.” – Albert Einstein

“There is no such thing in anyone’s life as an unimportant day.” – Alexander Woollcott

“The purpose of man is to live, not to exist.” – Jack London

“We change the world not by what we say or do, but as a consequence of what we have become.” – Dr. David Hawkins

“All you have to do is look straight and see the road, and when you see it, don’t sit looking at it – walk.” – Ayn Rand

“Do you want to know who you are? Don’t ask. Act! Action will delineate and define you.” – Thomas Jefferson

“I think in terms of the day’s resolutions, not the year’s.” – Henry Moore

“Strive not to be a success, but rather to be of value.” – Albert Einstein

“You are never too old to set another goal or to dream a new dream.” – C.S. Lewis

“Happiness, not in another place but this place… not for another hour, but this hour.” – Walt Whitman 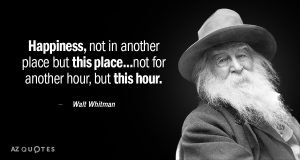