Canada’s Parliament resumes with a Throne Speech on September 23rd. Here’s a review of the key issues Canadians should follow as our MPs return to Ottawa and the business of the Nation. 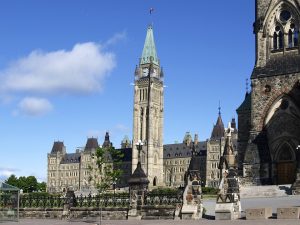 What is to become of the unanswered questions?

Here are ten issues that PM Trudeau hopes and trusts Canadians will soon forget when enchanted by the exciting promises presented in his Throne Speech.

Here are current fiscal facts that are certain to be consequential for the country’s economy and our future prosperity.

A primer on the Trudeau Liberals’ Green Energy Plan

With the pretext of jump-starting the national economy in the wake of the pandemic’s fallout, the Liberals are telling Canadians they are ready to “build back better” with a bold, progressive environmental agenda. Their new national Green Energy Plan is expected to be one of the cornerstones placed in the Government’s Throne Speech.

A Pivotal Week for the Trudeau Liberals’ Green Agenda

There now is Trudeau, Freeland and Carney (with a cast of supporting actors McKenna, Guilbeault and Wilkinson) all aligned to “build back better” by shifting Canada’s economy away from oil and gas and towards green energy, and introducing bigger, interventionist government to caretake national welfare, immigration, childcare and universal basic income programs.

Morneau will leave an unenviable record as Finance Minister

The federal Liberals, under the watch of Bill Morneau, are outspending all past federal governments, including those governments that had to respond to world wars and global recessions.

Warren Kinsella: “There’s a name for a government like Justin Trudeau’s – a government run by those who seek status and personal gain at the expense of the rest of us. It’s a kleptocracy.”

These columns were first published in The Niagara Independent through the months of August and September.