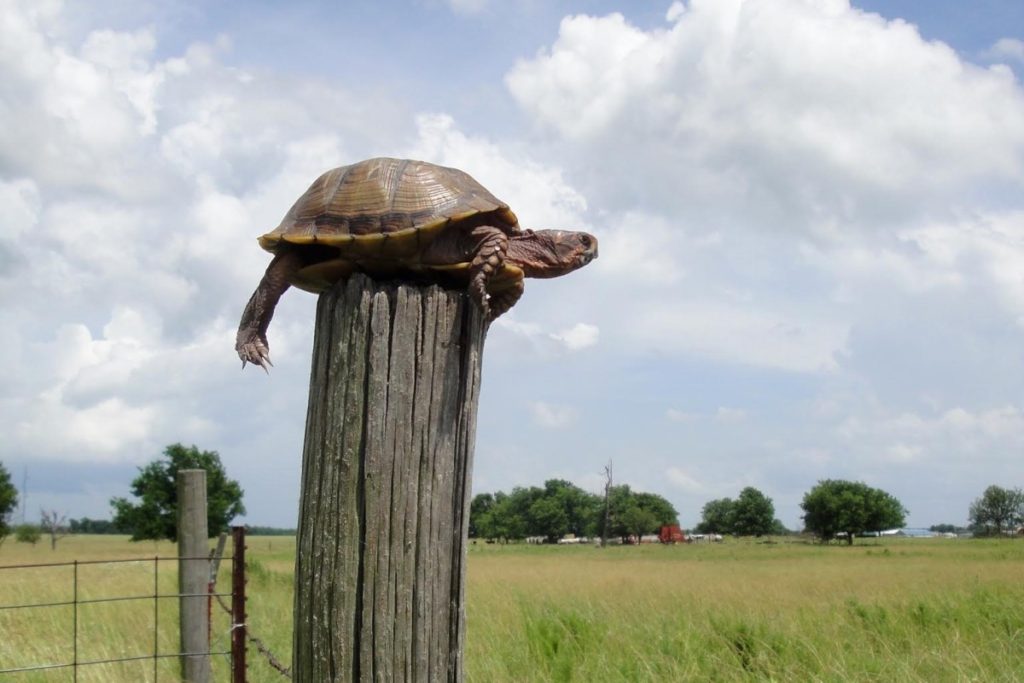 At a stop in Regina, a CBC reporter scanned the crowd of a Liberal rally for a possible interview. She decided to speak with an older farmer who was observing the events with some amusement. They spoke about Leader Justin Trudeau and the possibility of him being back in 24 Sussex in a matter of weeks.

The old gentleman said, “Well, ya know, Trudeau is a ‘post turtle.’”

Not comprehending what the old man meant, the reporter asked him what a ‘post turtle’ was. He said, “When you’re driving down a prairie dirt road and you come across a fence post with a turtle balanced on top, that’s a ‘post turtle.’”

The farmer saw a puzzled look on the reporter’s face so he continued to explain, “You know he didn’t get there by himself, he doesn’t belong there, he can’t get anything done while he’s up there, he doesn’t know what he’s going to do next, and you just want to help the poor bastard get down.”

The joke was selected from Epic Political Jokes & Quotes – the 150-page-plus e-book bursting with funny guffaws, “shaggy-dog” stories and sideways jokes about politicians and politics. Read more about it here. Order your copy here.