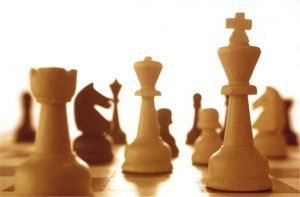 Back in the early 1400’s, chess became super popular in a European community. There was a certain group of people in particular who were especially enthusiastic about the game.

They meet up to play chess with each other at every opportunity.

Eventually, this obsession with playing chess caught the attention of the church leaders who noticed that this group of people were skipping church to play chess instead.

This was seen as blasphemous and they were ordered to stop immediately.

Unfortunately, the draw of the game proved too strong for these chess aficionados and after continuing to defy the church, they were arrested and tried for heresy.

They were found guilty and sentenced to be burned at the stake.

This public execution, held in the town square, became the first recorded incident of chess nuts roasting on an open fire.