A few years ago AskMen.com listed the top 10 Canadian icons “that have been branded as our global symbols and that define our Canadian identity.” In ascending order, they picked: maple syrup, Canada goose, beaver, Tim Horton’s, the loon, totem poles, Mounties, the CBC, the maple leaf and their number #1 icon is hockey.

In our own circles, we asked around and have prepared this list:

The By George Top 10 Canadian Icons

9. The beauty of our country’s nature captured in a Group of Seven shoreline painting or with a lone canoeist gliding through the early-morning mist of a fresh water lake

8. A mounted RCMP with Parliament Hill’s Peace Tower serving as his backdrop

7. A Bryan Adams ballad or Margaret Atwood novel – or our country’s next generation of talent – crooner Justin Bieber and renowned Yann Martel

6. Paul Henderson’s ’72 Team Canada sweater – the hopes and dream of a nation immortalized with this $1 million icon

5. The Canada Space Arm reaching out with the globe in the background – a poignant symbol of our remarkable contribution to science and to tomorrow’s dreams

4. A Tim Horton’s double-double and a maple-iced donut (hey, believe it or not in the Maritimes, they’re now ordering 4 x 4s – a coffee with four creams and four sugars!)

3. HNIC’s Coach’s Corner highlighting Bobby Orr soaring through the goal crease, Wayne Gretzky scoring from behind the net, and/or Sydney Crosby skating backward and raising his arms in victory.

2. Terry Fox and his drive and will to make a difference – our memories of Terry’s smile, his curly hair, the lean of his body as he makes his way through the Canadian Shield landscape.

1. The red maple leaf – Through the past forty years, the red leaf in the middle of our nation’s flag has become a definitive icon for Canucks and for the world. From a fluttering flag to the patch on a serviceman’s shoulder, the red maple leaf represents all that is good in our country. 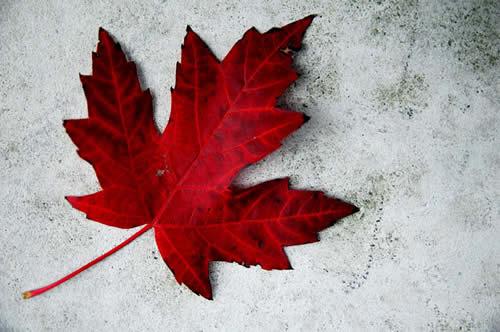