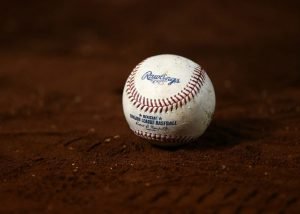 Player greats who were selected by at least one of the sources but did not make the top ten list include: Mickey Mantle, Cy Young, Honus Wagner, Satchel Paige, Oscar Charleston, Alex Rodriguez, Rogers Clemens, and Christy Mathewson.

And so, in reverse order, here are the top ten baseball players of all-time. 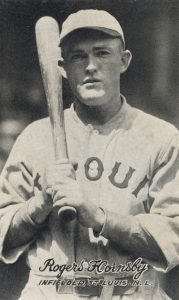 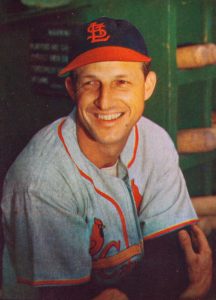 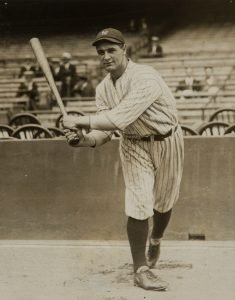 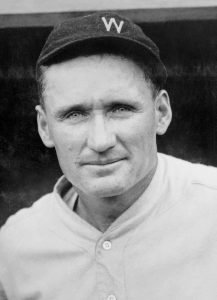 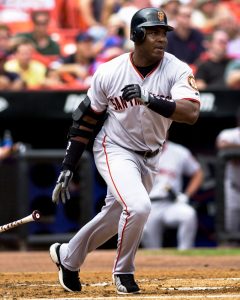 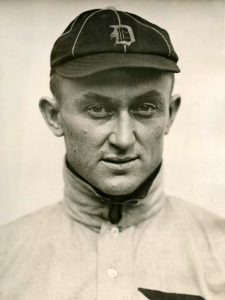 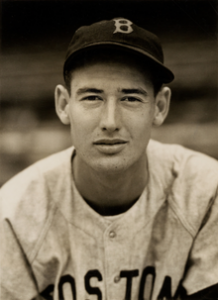 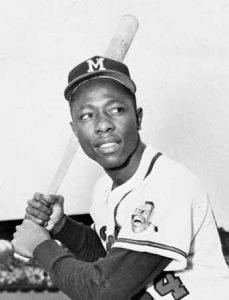 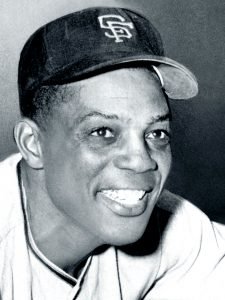 Mays of the New York Giants (1951-52, ’54-57), San Francisco Giants (’58-72), New York Mets (’72-73). Willie Mays played Major League Baseball for twenty-two seasons and was named to twenty-four All-Star Games. He was the first player in National League history to join the 30 Home Runs and 30 Stolen Bases Club. Mays won twelve consecutive Gold Gloves starting the year the award was first introduced (1957) and up through 1968. Mays finished his career with 660 home runs, third most in big league history behind Aaron and Ruth. 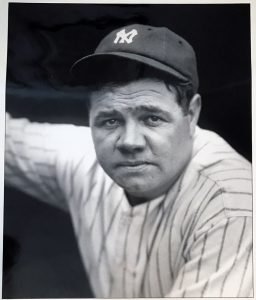 Babe Ruth is the single most famous baseball player in the entire world. Babe Ruth is also one of the greatest baseball players in the history of the game. The Bambino’s slugging ability was so great, his last name became an adjective – “Ruthian” – used to describe performances of heroic proportion.

Babe Ruth the “best left-handed pitcher in baseball”: Ruth was 18-8 with a 2.44 ERA his first full season on the mound (1915). Ruth still holds pitching records for most shutouts in a season by a lefty with 9 (tied by Ron Guidry in 1978) and most innings pitched (14) in a World Series game – a complete game 2-1 victory in 1916. Ruth is part of an elite set of pitchers in Major League history whose career on the mound spanned at least ten seasons and NEVER once included a losing record!

Babe Ruth the “postseason prince”: Ruth set World Series records with 3 homers in a game (and did it twice) and 12 total bases in a game. His 15 postseason home runs, all hit during World Series games, were a record until Mickey Mantle tied him in 1963 then eventually passed him in 1964. And let us never forget the 1932 World Series, legendary and debatable still to this day, courtesy of “The Called Shot”.

Babe Ruth the “nickname collector”: Babe (which some actually believe is his real name due to its use) probably had more well-published nicknames than any other player and here are but a few we have seen in print: The Bambino, The Sultan of Swat, The Colossus of Clout, The Wazir of Wham, The Maharajah of Mash, The Rajah of Rap, The Caliph of Clout, the Behemoth of Bust, The Mammoth of Maul, The Mauling Mastodon, The Mauling Monarch, The Wali of Wollop, and to his teammates, Jidge. 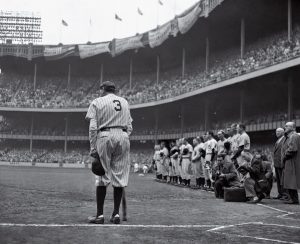 Babe Ruth the “hall of fame legend”: Ruth was elected to the Baseball Hall of Fame on February 2, 1936, by the Baseball Writers Association of America, as part of the inaugural class of inductees. At the time of his induction, Ruth held literally hundreds of baseball records. The single most prolific hitter in baseball history, a key component in “Murderer’s Row” and a charismatic personality – both on and off the field – that made him a larger-than-life figure and one of the greatest sports heroes, not just in baseball, but in American culture.