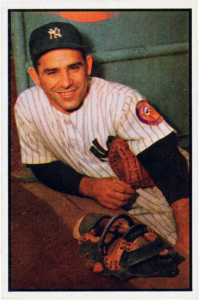 The Yankee great on baseball, Yogi-isms and, well, the moniker “Yogi.”

From a 2001 Esquire magazine column “What I’ve learned”