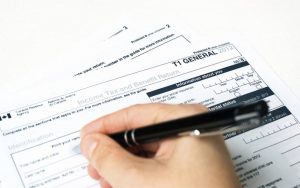 Given this hefty tax burden, it was a relief to hear PM Justin Trudeau in his year-end messages pledge he would not raise taxes further on Canadians. Trudeau stated in a Montreal radio interview: “It’s certain, we will not impose more on Canadians. We know that we must restart the economy. It’s not time to take away from people; it’s time to still offer opportunities for people to go through this [crisis] and rebuild the economy stronger for the years to come.”

Yet, despite what the Prime Minister assured, taxes in 2021 are going to increase for the average Canadian as predetermined by the government. In fact, the Trudeau Government announced in its Fall Economic Statement a number of new tax measures that will add an extra burden on household budgets.

For example, coming into effect on July 1this year, GST/HST will be applied on foreign suppliers of digital products and services to Canadians, a cost that undoubtedly will be passed along to consumers. There is also a plan to introduce as early as January 2022 a new “Netflix Tax” on all foreign-based digital services companies – yet another cost that will be passed along.

This Jan. 1, Canadians’ contributions to Canada Pension Plan have increased.  Maximum employer and employee contributions will hit $3,166 each in 2021. This is an increase of more than $250 that will come directly off a worker’s paycheque. Provincial finance ministers asked the federal government to delay the CPP increase due to the hardships that most wage earners are experiencing with the pandemic. MP Pierre Poilievre, the Conservative finance critic, was highly critical of the “mid-pandemic tax hikes.” Poilievre said, “It’s shameful that the Liberals think it’s a good idea to raise taxes on Canadians during a pandemic. If Justin Trudeau wants to support workers, he needs to lower taxes, not raise them… This means that Canadians will have less money to pay their bills.”

The most significant tax hikes in 2021 and 2022 will be the increased carbon taxes that will raise costs on everything for Canadians. The Trudeau Government has scheduled carbon tax increases for the next eight years, to result in an additional 53 cents per litre carbon tax in 2030. In the next 24 months, there will be an additional 15 cents per litre of carbon tax at the gas pump. And although the schedule of tax hikes has not been released, Canadians will also experience increased taxes on their home heating, natural gas and propane bills.

This may not seem like a lot, but consider the additional tax on each fill-up. Based on current gas prices, in 2030 Canadians will pay roughly an additional $27 in carbon taxes to fill up a minivan, $45 extra for a pickup truck — and truck drivers will pay an extra $204 to fuel their tractor trailers that deliver our food and merchandise.

These increases do not include the yet-to-be-made-public second carbon tax – the Clean Fuel Standard (CFS) – that is to be put in place in January 2022. According to official government estimates the CFS will increase energy costs by $208 annually for households by 2030. Unlike the much-touted rebates for pump prices and home heating, there is no CFS rebate system that will defray these increased taxes.

The government acknowledges this will pose a hardship for lower income Canadians. In an analysis on the new tax, a government report states: “It is expected that increases in transportation fuel and home heating expenses would disproportionately impact lower and middle-income households, those living in single detached households or those without control over the energy efficiency of their dwellings that use heating oil… single mothers may be more vulnerable to energy poverty and adverse impacts from increases to transportation and home heating prices…” along with other socio-economic groups such as seniors on fixed incomes…”

This week there was another report issued by Environment Canada that divulged the government was not fully rebating Canadians the tax dollars it collected with the carbon tax. PM Trudeau has continuously stated that the carbon tax would be revenue neutral and that 80 percent of Canadian households paying the carbon tax will be better off financially through the government rebate regime.

Yet, investigative reporting by Blacklock’s Reporter uncovered that Canadian households are receiving considerably less in rebates than what is being paid in carbon taxes. In 2019, the government collected $2.6 billion in carbon taxes from Canadians and rebated only $2.2 billion to households, small and medium-sized businesses, municipalities, universities, school boards and hospitals.

So, the claim by PM Trudeau that “our plan to put a price on pollution actually gets more money in the pockets of middle class Canadians” is false. Trudeau said, “The average citizens of those provinces will be better off with this price on pollution than they would be had there been no price on pollution.” Facts tell us the opposite.

The Canadian Taxpayers Federation also makes the point that in addition to the carbon taxes the government failed to rebate, Ontarians paid $243 million in HST on top of carbon tax charges – and there is no intention to rebate that tax grab. CTF Jasmine Moulton comments, “We now know that the federal government took hundreds of millions out of Ontarians’ pockets through the carbon tax that continues to sit in government coffers… Anybody who has believed Prime Minister Justin Trudeau’s rhetoric on the carbon tax is being made out to look like a fool. His government said it wouldn’t go up past $50 per tonne by 2022 and that it would put more money back into our pockets, but both claims have now been proven to be blatant falsehoods.”

The last word goes to Financial Post columnist Diane Francis, who states that Canadians cannot shoulder any greater tax burden. Francis reports that in 2020 Canada had a top personal income tax rate of 54 percent, top corporate rate of 38 percent, and a sales tax of up to 15 percent, depending on the province.  She states: “The inconvenient truth is that the Liberals are not trustworthy stewards of the economy. The fact is that Canada is already one of the highest-taxed countries on earth. There is no room left for tax hikes, without leading to more dire consequences.”

Dire consequences indeed. The Trudeau Liberals are proving to be very taxing.