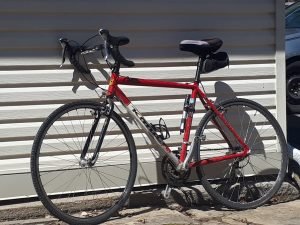 “Ride as much or as little, as long or as short as you feel. But ride” – Eddy Merckx

“It is by riding a bicycle that you learn the contours of a country best, since you have to sweat up the hills and coast down them” – Ernest Hemingway

“You either love spinning the pedals and watching scenery whiz by, or you don’t. And if you love it, not much can sour you on the idea of riding your bike.” – Keith Mills

“Life is like a 10-speed bicycle. Most of us have gears we never use.” – Charles M. Schultz

“Those who wish to control their own lives and move beyond existence as mere clients and consumers — those people ride a bike.” – Wolfgang Sachs

“The best rides are the ones where you bite off much more than you can chew, and live through it” – Doug Bradbury

“Cycling isn’t a game, it’s a sport. Tough, hard and unpitying, and it requires great sacrifices. One plays football, or tennis, or hockey. One doesn’t play at cycling” – Jean de Gribaldy

“It never gets easier, you just go faster” – Greg LeMond

“You can say that climbers suffer the same as the other riders, but they suffer in a different way. You feel the pain, but you’re glad to be there” – Richard Virenque

“When your legs scream stop and your lungs are bursting, that’s when it starts. That’s the hurt locker. Winners love it in there” – Chris McCormack

“When it’s hurting you, that’s when you can make a difference” – Eddy Merckx

“If you go (with a break), you can either win or not win. If you don’t go for it, you definitely won’t win” – Jens Voigt

“It doesn’t matter if you’re sprinting for an Olympic gold medal, a town sign, a trailhead, or the rest stop with the homemade brownies. If you never confront pain, you’re missing the essence of the sport” – Scott Martin 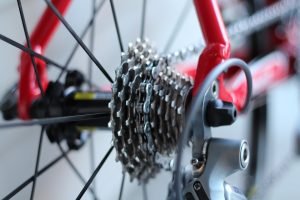 To see more from this month’s feature on cycling, pedal through the By George Journal menu.