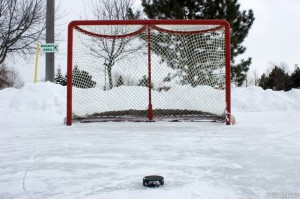 The maple leaves are changing to a reddish-brown and there is a biting crispness in the morning air.  This can only mean one thing in Canada:  the puck is about to be dropped!  To help us focus on rinks, sweat and sticks, here is a dozen unforgettable quotes on the greatest game on ice.

(ed. – This collection of hockey quotes first appeared in By George Journal in 2010 – https://www.bygeorgejournal.ca/?p=552 )