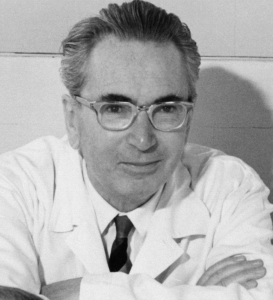 Man’s Search for Meaning, by Viktor Frankl is a must-read.

Here’s Amazon’s description of what has become a modern day classic:

Psychiatrist Viktor Frankl’s memoir has riveted generations of readers with its descriptions of life in Nazi death camps and its lessons for spiritual survival. Between 1942 and 1945 Frankl labored in four different camps, including Auschwitz, while his parents, brother, and pregnant wife perished. Based on his own experience and the experiences of others he treated later in his practice, Frankl argues that we cannot avoid suffering but we can choose how to cope with it, find meaning in it, and move forward with renewed purpose. Frankl’s theory-known as logotherapy, from the Greek word logos (“meaning”)-holds that our primary drive in life is… the discovery and pursuit of what we personally find meaningful.

Frankl chronicles his experiences, which leads him to discover the importance of finding meaning in all forms of existence, even the most brutal ones, and thus, a reason to continue living. His theory of logotherapy is based on an existential analysis focusing on Kierkegaard’s “will to meaning” as opposed to the Nietzschean doctrine of “will to power” of Freud’s arguments relating to “will to pleasure.” Rather than power or pleasure, logotherapy is founded upon the belief that it is the striving to find a meaning in one’s life that is the primary, most powerful motivating and driving force in humans.

It’s an account that make you pause and put down that $5 double-creamed cappuccino latte.

Here are 15 memorable quotes from Man’s Search for Meaning