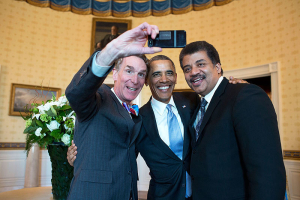 The ‘selfie’ is now officially a mental disorder as confirmed by the American Psychiatric Association (APA).

Many people have already suspected ‘selfie’ as a serious mental disorder. Those theories are now confirmed by the APA. ‘Selfies’ are officially classified as a mental disorder!

The APA announced this vital information at its recent annual board of directors meeting in Chicago! The APA decided to named the disorder as “selfitis”.

The official definition of Selfitis is scientifically defined as an obsessive compulsive desire to snap several photos of one’s self and post the photos on social media as a way to make up for the lack of self-esteem and to fill a big gap in intimacy.

The APA classified the disorder into three levels

Here is an interesting aside. After the APA classifying ‘selfie’ as a mental disorder, large group of members of the medical community quickly began to criticize the APA’s use of the term ‘selfitis.’ They claimed and argues that the suffix ‘itis’ refers to a condition in which some form of inflammation of a body part or system occurs. Example: Bronchitis is and inflammation of the bronchial passages in the lungs. Tonsillitis is an inflammation of the tonsils, etc. The medical community argued and believed that the correct word, or term, for the ‘addiction’ should be “selfism’ just as alcoholism; the addiction to alcohol. The APA came back and was extremely quick to defend its choice for the term ‘selfitis’ claiming that the newly classified disorder was an ‘inflammation of one’s ego.’

(ed. – Go ahead and forward this news… we expect there are likely many people who come to mind who would find this humourous.)