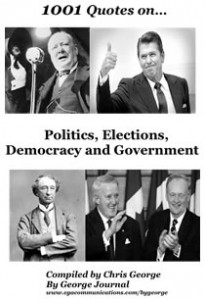 (ed. – These quotes were lifted from our e-book collection. Check out the 1001 Quotes on Politics, Elections, Democracy and Government.)