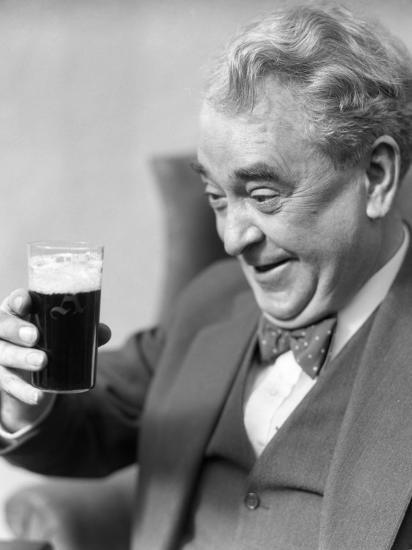 Six Irish men were playing poker when one of them played a bad hand and died. The rest drew straws to see who would tell his wife. One man draws the shortest straw and goes to his friend’s house to tell the wife.
The man says to her, “Your husband lost some money in the poker game and is afraid to come home.”
The wife says, “Tell him to drop dead!”
The man responds, “I’ll go tell him.”

Never iron a four leaf clover. You don’t want to press your luck.

The Irish gave the bagpipes to the Scots as a joke, but the Scots haven’t got the joke yet.

One night, Mrs McMillen answers the door to see her husbands best friend, Paddy, standing on the doorstep.
“Hello Paddy, but where is my husband? He went with you to the beer factory”
Paddy shook his head. “Ah Mrs McMillen, there was a terrible accident at the beer factory, your husband fell into a vat of Guinness stout and drowned”
Mrs McMillen starts crying. “Oh don’t tell me that, did he at least go quickly?”
Paddy shakes his head. “Not really – he got out 3 times to pee!”

There are only three kinds of men who don’t understand women: young men, old men, and middle-aged men. (Irish saying)

An Irish priest is driving down to New York and gets stopped for speeding in Connecticut. The state trooper smells alcohol on the priest’s breath and then sees an empty wine bottle on the floor of the car.
He says, “Sir, have you been drinking?”
“Just water,” says the priest.
The trooper says, “Then why do I smell wine?”
The priest looks at the bottle and says, “Good Lord! He’s done it again!”

Two Irishmen were working in the public works department. One would dig a hole and the other would follow behind him and fill the hole in.
After a while, one amazed onlooker said: “Why do you dig a hole, only to have your partner follow behind and fill it up again?”
The hole digger wiped his brow and sighed, “Well, I suppose it probably looks odd because we’re normally a three-person team. But today the lad who plants the trees called in sick.”

Irish diplomacy – the art of telling someone to go to hell in such a way they’ll look forward to the trip.

A Texan walks into a pub in Ireland and clears his voice to the crowd of drinkers. He says, “I hear you Irish are a bunch of hard drinkers. I’ll give $500 American dollars to anybody in here who can drink 10 pints of Guinness back-to-back.”
The room is quiet and no one takes up the Texan’s offer. One man even leaves. Thirty minutes later the same gentleman who left shows back up and taps the Texan on the shoulder. “Is your bet still good?”, asks the Irishman.
The Texan says yes and asks the bartender to line up 10 pints of Guinness. Immediately the Irishman tears into all 10 of the pint glasses drinking them all back-to-back. The other pub patrons cheer as the Texan sits in amazement.
The Texan gives the Irishman the $500 and says, “If ya don’t mind me askin’, where did you go for that 30 minutes you were gone?”
The Irishman replies, “Oh…I had to go to the pub down the street to see if I could do it first”.

An Irishman goes into a bar in America and orders three whiskeys. The barman asks: “Would it be better for if I put all three shots in one glass?”
The Irishman replies: “No! I have two other brothers back at home, so every time I come into a pub, I order a shot for them both.”
The following week, the Irishman orders just two whiskeys.
The barman asks: “Did something happen one of your brothers?” “Oh no,” replies the Irishman. “I just decided to quit drinking!”

The Irish way – Now don’t be talking about yourself while you’re here. We’ll surely be doing that after you leave.

Two men were sitting next to each other at a bar. After a while, one guy looks at the other and says, “I can’t help but think, from listening to you, that you’re from Ireland.”
The other guy responds proudly, “Yes, that I am!”
The first guy says, “So am I! And where abouts from Ireland might you be?”
The other guy answers, “I’m from Dublin, I am.”
The first guy responds, “Sure and begora, and so am I! And what street did you live on in Dublin?”
The other guy says, “A lovely little area it was, I lived on McCleary Street in the old central part of town.”
The first guy says, “Faith & it’s a small world, so did I! And to what school would you have been going?”
The other guy answers, “Well now, I went to St. Mary’s of course.”
The first guy gets really excited, and says, “And so did I. Tell me, what year did you graduate?”
The other guy answers, “Well, now, I graduated in 1964.”
The first guy exclaims, “The Good Lord must be smiling down upon us! I can hardly believe our good luck at winding up in the same bar tonight. Can you believe it, I graduated from St. Mary’s in 1964 my own self.”
About this time, another guy walks into the bar, sits down, and orders a beer. The bartender walks over shaking his head & mutters, “It’s going to be a long night tonight.”
The guy asks, “Why do you say that?”
Bartender responds, “Well, the Murphy twins are drunk again.”