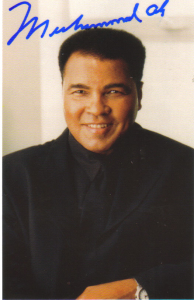 By George has compiled some of our favourite quotes from the life of Muhammad Ali – “The Greatest of All-time.”

“I am an ordinary man who worked hard to develop the talent I was given. I believed in myself, and I believe in the goodness of others.”

“It’s the repetition of affirmations that leads to belief. And once that belief becomes a deep conviction, things begin to happen.”

“It’s lack of faith that makes people afraid of meeting challenges, and I believed in myself.”

“The man who has no imagination has no wings.”

“Service to others is the rent you pay for your room here on earth.”

“A man who views the world the same at fifty as he did at twenty has wasted thirty years of his life.”

“It isn’t the mountains ahead to climb that wear you out; it’s the pebble in your shoe.”

“The fight is won or lost far away from witnesses – behind the lines, in the gym, and out there on the road, long before I dance under those lights.” 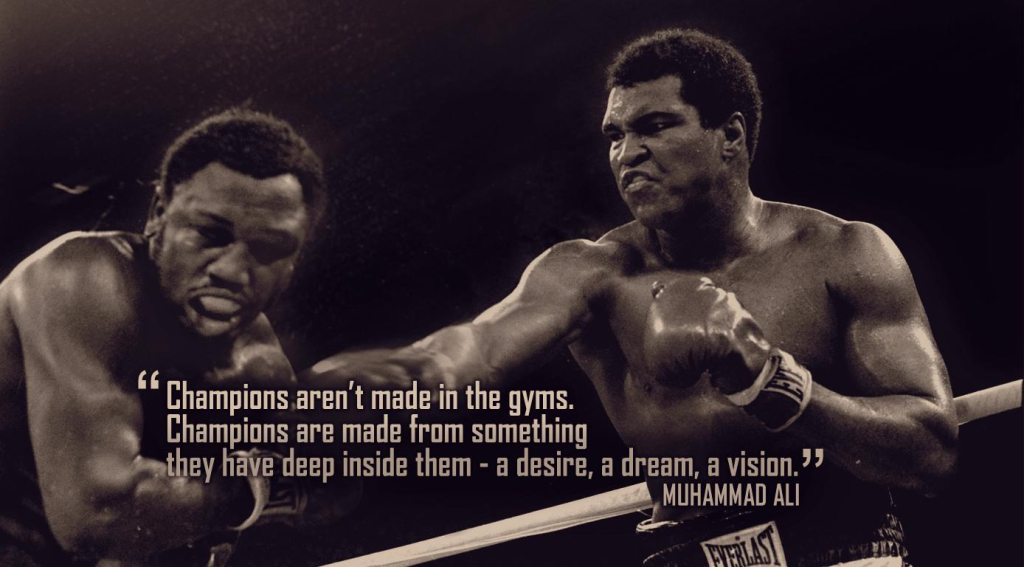 “I hated every minute of training, but I said, ‘Don’t quit. Suffer now and live the rest of your life as a champion.”

“He who is not courageous enough to take risks will accomplish nothing in life.”

“Silence is golden when you can’t think of a good answer.” 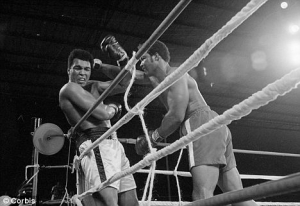 “Only a man who knows what it is like to be defeated can reach down to the bottom of his soul and come up with the extra ounce of power it takes to win when the match is even.”

“I never thought of losing, but now that it’ s happened, the only thing is to do it right. That’s my obligation to all the people who believe in me. We all have to take defeats in life.”

“I wish people would love everybody else the way they love me. It would be a better world.” 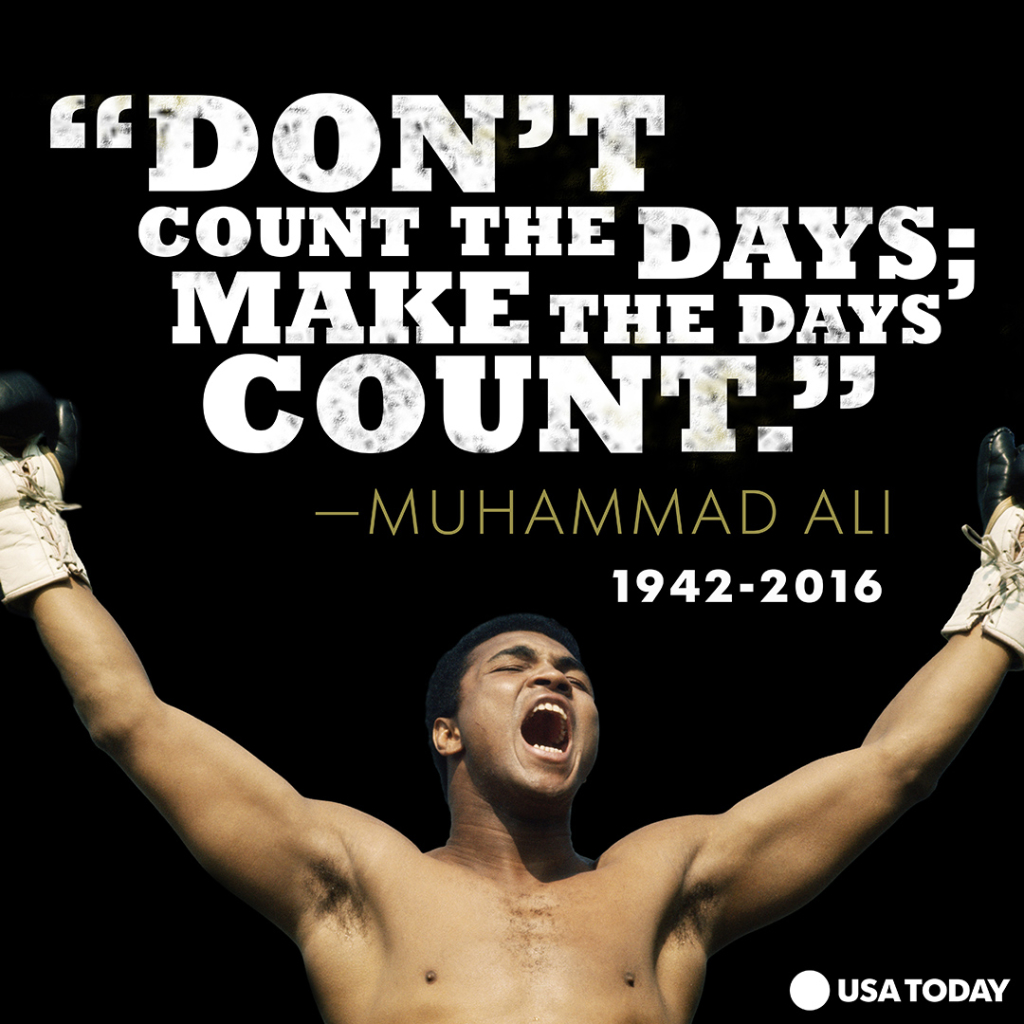 Here are a few golden quips about the ring and Ali’s mastery of talking trash.

“Float like a butterfly, sting like a bee. His hands can’t hit what his eyes can’t see. Now you see me, now you don’t. George thinks he will, but I know he won’t.”

“I am the greatest. I said that even before I knew I was.”

“I done wrestled with an alligator, I done tussled with a whale; handcuffed lightning, thrown thunder in jail; only last week, I murdered a rock, injured a stone, hospitalised a brick; I’m so mean I make medicine sick.”

“If you even dream of beating me you’d better wake up and apologize.”

“I’m so fast that last night I turned off the light switch in my hotel room and was in bed before the room was dark.”

“I am the astronaut of boxing. Joe Louis and Dempsey were just jet pilots. I’m in a world of my own.”

“People don’t realize what they had till it’s gone. Like President Kennedy, there was no one like him, the Beatles, and my man Elvis Presley. I was the Elvis of boxing.” 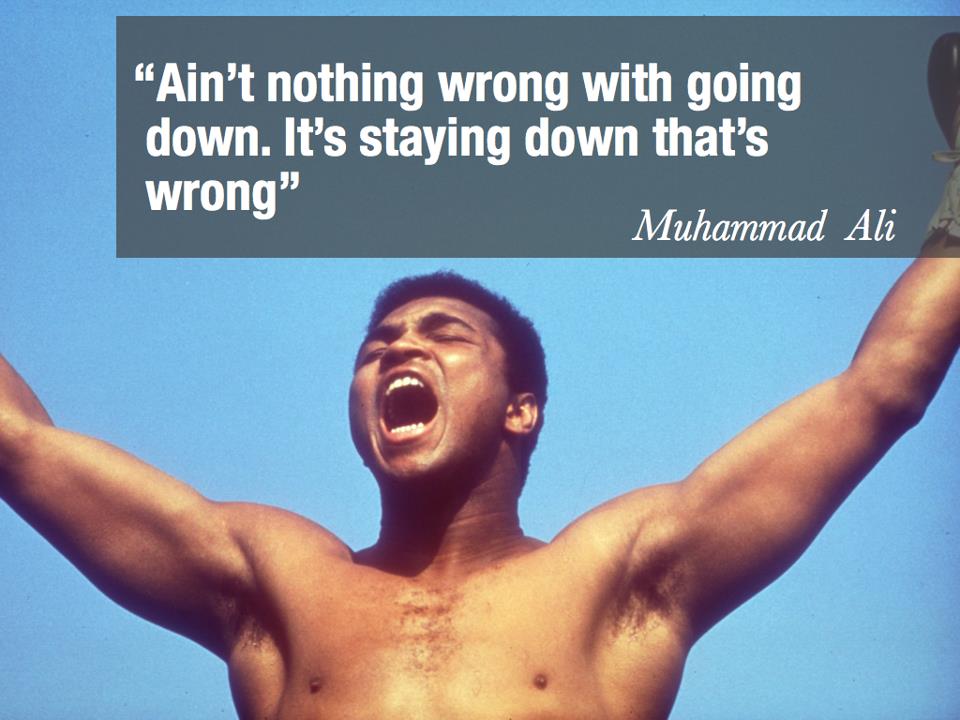