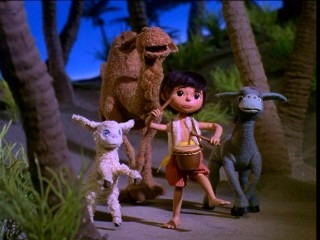 The full version of Little Drummer Boy has a twenty minute drum solo.

Do You Hear What I Hear was inspired by an ear exam.

Only 2 Of The Hens Were French. The Other 1 Was Portuguese.

There Is A 3rd Verse Where Frosty Goes Berserk And Kills All The Townspeople.

“I’ll Be Home for Christmas” was originally written during a Los Angeles traffic jam in July.

Silent Night was written by a man who snored like a freight train.

Grandma Got Run Over By a Reindeer eerily predicted the 2016 Presidential election results.

Grandma didn’t get run over by a reindeer; she was assaulted for being a Trump supporter.

Original version of “Rocking around the Christmas Tree” had way more cowbell.

Those 5 golden rings were gold-plated because that jackass spent all his money on birds.

Whoever wrote Silent Night never had any kids.

After Santa asked Rudolph to be his guide, he then turned to the other reindeer and said ”Deal With It.”

The person who wrote “Noel” was dyslexic and it was supposed to be about his brother Leon.

The only thing God and Satan can agree upon? Christmas songs shall play 24/7 for eternity in *all* Circles of Hell!