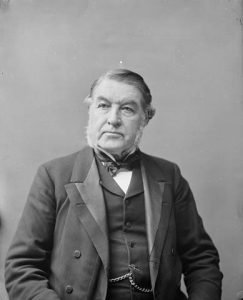 Tupper was a Canadian Father of Confederation who, as Premier of Nova Scotia (1864-67) led that Province into confederation. He was sworn into the office of Prime Minister on May 1, 1896, seven days after Parliament had been dissolved. He lost the June 23 election and resigned on July 8, 1896. His 69-day term as prime minister is the shortest in Canadian history.