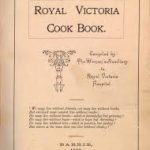 Butter tarts were common in pioneer Canadian cooking and the recipe is of genuinely Canadian origin.

The earliest published recipe for a “butter filling” is from Barrie, Ontario, dating back to 1900. This recipe is found in The Women’s Auxiliary of the Royal Victoria Hospital Cookbook, submitted by Mrs. Mary Ethel MacLeod, a Scottish immigrant to Ontario. 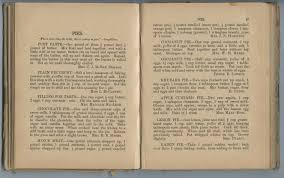 Throughout the early 1900s butter tarts gained popularity and variations were published in Toronto’s Daily News  The first printed recipe of “The Butter Tart” is found in a 1915 Red Roses Cookbook.

Similar tarts are made in Scotland, where they are often referred to as Ecclefechan butter tarts from the town of Ecclefechan. Elizabeth Baird, former food editor at Canadian Living, states that butter tarts were also known in early Ontario as “border tarts” as many of  the Scottish immigrants came from “the border area” of Scotland and England. Like many other Scots living in rural Canada in the late 1800s. Mrs. MacLeod likely adapted a recipe for the old “border tarts” with local ingredients to make her own unique recipe for the tart filling.

In an October 2019 CBC interview, Liz Driver, author of Culinary Landmarks: A Bibliography of Canadian Cookbooks, states she believes it is wholly feasible that butter tarts were invented by ordinary people in rural Ontario. “It’s absolutely completely believable that something did sort of rise up out of the grassroots.”

On the topic of the origins of the butter tart, there is often reference made to the King’s Daughters (or Filles du Roi) of New France. During a ten-year period, from 1663 to 1673, at least 770 young women were sent to Quebec by Louis XIV to help with colonization. The women were resourceful bakers and they created the forerunner of the butter tart, a sugar pie with baking ingredients like maple sugar and dried fruit. 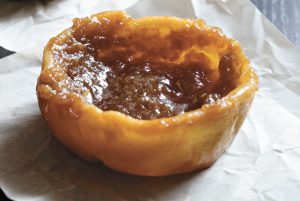