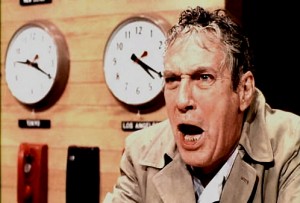 In the wake of decisive, anti-establishment mayoralty victories in Toronto and Calgary, there has been a great deal of commentary about the average Canadian’s disenchantment with the political status quo. With the common cry of “greater respect for the taxpayer” winning the day, it seems our collective conscious is saying “we’re mad as hell and we’re not going to take it anymore.”

Well, at least, I’d like to believe that the voter anger and backlash is directly tied to the fight to bring-to-heel our Big Government. Consider that today our federal debt is approaching $550 Billion, which means that every man, woman and child in Canada owes more than $16,000.  Look at the way our debt clock clicks over:

It’s truly disconcerting that the federal two-year budget deficit will exceed $100 billion and that it will take five years to balance Ottawa’s books. As was recently reported by our federal Finance Minister, the federal budget deficit for the 2009-10 fiscal year hit a record $55.6 billion, up from $53.8 billion forecast in the March budget. The deficit for the current 2010-11 fiscal year is forecast at $45.4 billion, which combined with last year equals a two-year deficit of more than $100 billion. [Source:  http://www.thestar.com/article/874011–budget-deficit-55-6-billion-flaherty ]

To help draw these parallel thoughts together, I recommend reading a thoughtful Ottawa Citizen editorial from this past weekend by John Robson, entitled : Shaking up the elites.  Robson states:

As J. Budziszewski noted about patterns behind the apparent random madness of public affairs, people “are more logical than they know; they are only logical slowly.” They are slowly but inexorably realizing that the methods and ideas of the past half century have definitively failed. If the political elites don’t adjust, unbelievable things will continue to happen because only fringe candidates will speak important truths: We cannot make the state bigger, more expensive or more intrusive; it has exhausted its managerial capacity at the size it now is and runaway public spending is threatening not only the economy but the very social programs making the spending run away.
[Read the editorial here: http://www.ottawacitizen.com/columnists/Shaking+elites/3743987/story.html#ixzz1424O7vlP ]

Given we now live with the largest federal government EVER and the largest, most expensive public service EVER, is it any wonder we’ve begun to hear the exasperated cry of “Enough is enough.”  Have you stopped to figure out the payroll for the federal, provincial, and municipal public servants – everyone from your elected representative and all those staff who serve them through to the rising numbers of generously paid teachers, police, firefighters, etc.??  From political staffers overheating their blackberries in the rush to save their bosses’ behinds, to economic development officers planning new rounds of navel-gazing consultations on how public money might re-charge our economy, the obvious question is:

Is there a stop-button on this abuse of public money?

But there is always the ballot.

2 thoughts on “Big Government and the ballot”