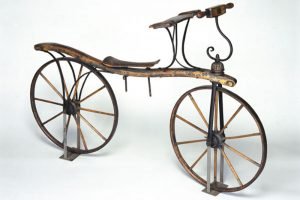 In 1817, The German inventor Karl von Drais developed a horseless carriage that would help him get around faster. This two-wheeled, pedal-less device is thought to be the first bicycle.

It was a wooden frame propelled by pushing your feet against the ground. It also had a padded saddle and a steerable front iron shod wheel. The machine was called the “swiftwalker.” It was also known as  the “velocipede,” “hobby-horse,” “draisine” and “running machine.”

The photo above is a model that came from Blenheim Palace, Oxfordshire, and belonged to the 5th Duke of Marlborough (1766-1840). 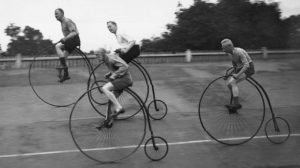 The term “bicycle” was coined in France and did not emerge until 1869. By then the “high wheel bicycle” became a popular style machine in the 1870s.

More can be read on the History website in an article “The Bicycle’s Bumpy History.” 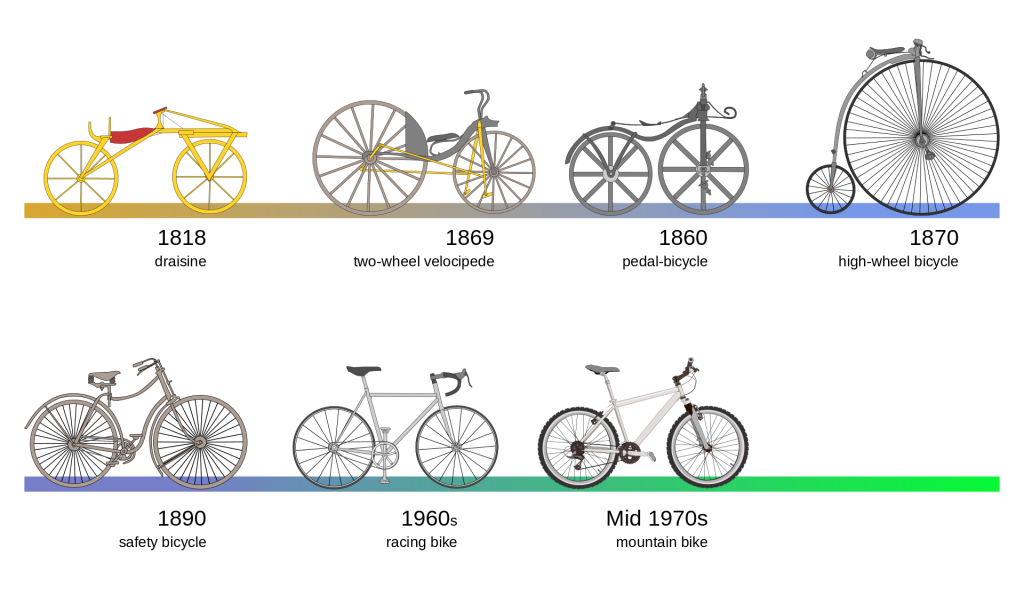 To see on cycling, pedal through the By George Journal menu.