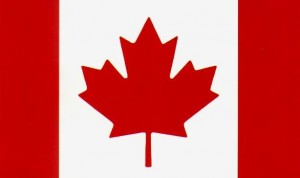 Want to know how the world views Canada? Here’s the country’s portrait as painted by the Paris-based social and economic policy think-tank OECD (Organization for Economic Co-operation and Development), which released a new analysis of social trends that compare many of the world’s nations.

Canadians are hard-working, great readers, the most tolerant people in the developed world, and enjoy more “positive experiences.” (Positive experiences include feeling well-rested, being treated with respect, smiling, doing something interesting and experiencing enjoyment.)

Canadians also have a below-average participation rate in elections, don’t produce many babies and are more likely to report “negative experiences.” (Negative experiences include pain, worry, sadness, stress and depression.)

Here are the references to Canada in the OECD report entitled “Society at a Glance”:

The OECD’s “Society at a Glance” report, is done every two years, relies on comparative reports, such as the Gallup World Poll, which surveyed between 1,000 and 4,000 respondents in each of more than 140 countries last year.

The OECD report can be found here: