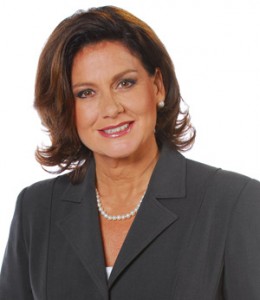 Veteran reporter Lisa LaFlamme takes over from Lloyd Robertson this week as she becomes CTV’s Chief Anchor and Senior Editor for CTV National News. This 47-year old, Kitchener – Waterloo native is not only skilled and able as a newsman, but will be a reliable voice of reason at the end of a day.

Here are some background notes and quotes of Lisa* :

Lisa starts her new responsibilities tonight. All the best!

( * – Source for some data was newspaper article “Over to you, Lisa” in Forever Young; other data from CTV website. )