“It’s a Wonderful Life” is deemed “culturally, historically, or aesthetically significant” by the United States Library of Congress and selected for preservation in their National Film Registry.

In an interview with the Wall Street Journal in 1984, Director Frank Capra expressed amazement on the film’s elevated status: “It’s the damnedest thing I’ve ever seen. The film has a life of its own now and I can look at it like I had nothing to do with it. I’m like a parent whose kid grows up to be president. I’m proud… but it’s the kid who did the work. I didn’t even think of it as a Christmas story when I first ran across it. I just liked the idea.”

(According to American film historian Stephen Cox, in a 1946 interview, Capra described the film’s theme as “the individual’s belief in himself,” and that he made it to “combat a modern trend toward atheism.”) 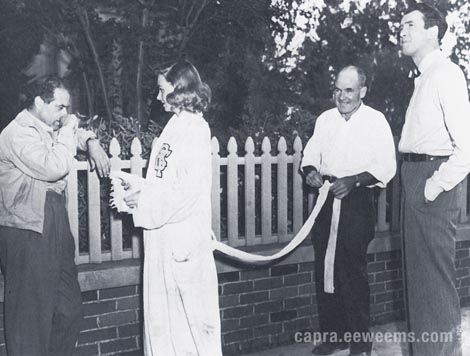