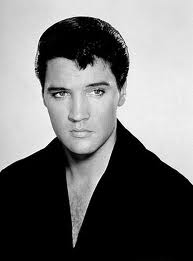 The #1 Love Song was famously recorded by Elvis Presley in the mid-1950’s. It was adapted from the tune of “Aura Lee,” a sentimental American Civil War love ballad.

Aura Lee was published in 1861 with music by George R. Poulton and words by W.W. Fosdick. This Civil War song later became popular with college glee clubs and barbershop quartets and it was also sung at the U.S. Military Academy at West Point, New York.

Elvis Presley first performed Aura Lee – or better known today as “Love Me Tender” – on the Ed Sullivan Show on September 9, 1956. It is a fact that on the following day of Elvis’s TV appearance, RCA received one million advance orders, making it a gold record before it was even released. Shortly thereafter the single was released and a month later, the movie Love Me Tender was released. (The studio, 20th Century Fox, originally wanted to call the movie The Reno Brothers but instead re-titled it Love Me Tender to capitalize on the song’s popularity.)

Here is Elvis Presley (circa 1956) singing the infamous love song Love Me Tender.  You may also enjoy Elvis singing this classic love song in his 1968 ‘Comeback’ TV Special

Love Me Tender – could there be anything any better than Elvis singing this ballad? It will forever be held as the very best. Have a happy Valentine’s Day.