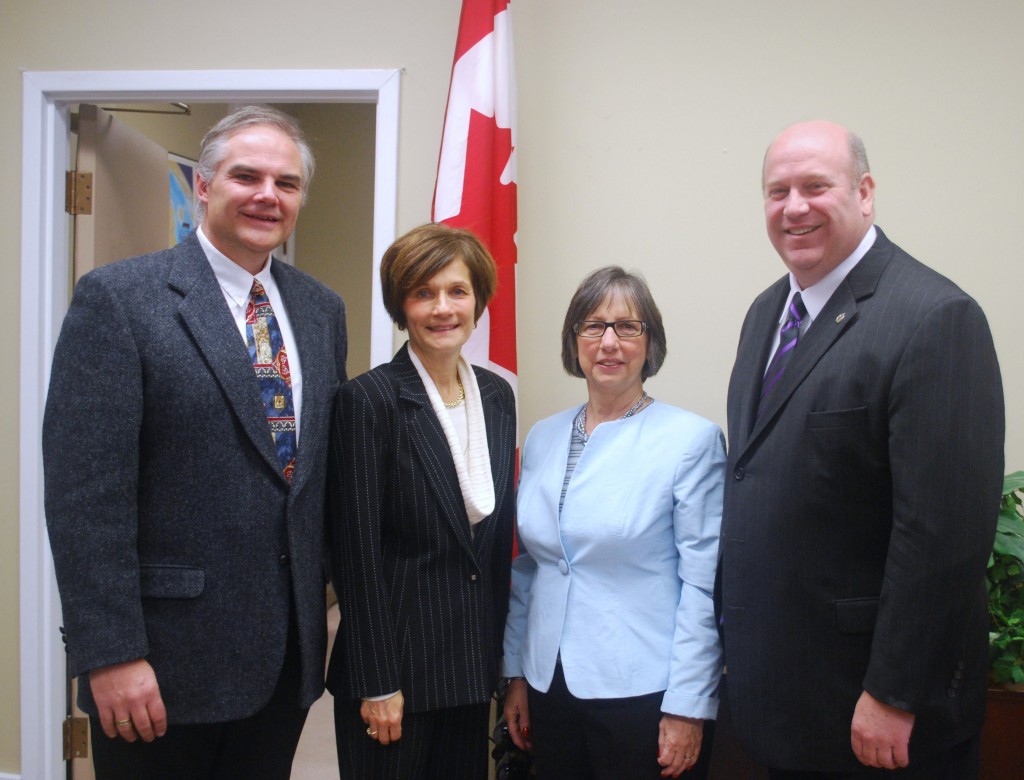 Since its establishment in Fall 2010, the Canadian Anaphylaxis Initiative has found Members of Parliament supportive. CAI spokespersons have urged MPs to become more aware and to share their experiences with severe allergies. With the support of MPs and government officials, we can raise greater public understanding, promote responsible safety measures, educate people on the signs of a reaction and how to help a person in need (similar to CPR education).  Through great awareness efforts, MPs and officials will be more prepared to make policy decisions regarding allergies and the public will be more intuned as to why measures must be taken to reduce the risk of unnecessary, severe allergic reactions.

CAI representatives were featured speakers at a Dec 7, 2010 Parliament Hill luncheon meeting. More than 20 elected representatives heard first hand accounts from mothers on what it was like to care for a loved one with anaphylaxis. At this meeting, the CAI unveiled its five point policy, containing the priority items for action by the federal government. Since this meeting, those same five points have been central to all discussions with MPs and Ottawa officials.

CIA is asking for our federal government to consider a coordinated approach to its health and safety responsibilities, to public education and to support the necessary research to find the root causes and, ultimately, a cure for severe allergies. It is also asking for better allergen labeling regulations and the introduction of safety regulations for public transportation, particularly air travel.  For more information on the CAI’s five point policy agenda, view their webpage.

One tangible step to raise awareness on Parliament Hill was taken by MP Dean Allison – and his moving of a motion in the House of Commons:

That, in the opinion of the House, anaphylaxis is a serious concern for an increasing number of Canadians and the government should take the appropriate measures necessary to ensure these Canadians are able to maintain a high quality of life.

This action precipitated a MPs debate on March 21st of last year. Speaking to the motion in the House were Niagara Region’s MPs Dean Allison and Rick Dykstra, as well as then-health critic for the NDP, Halifax MP Megan Leslie and a strong BC supporter, MP Ron Cannan. Also speaking that day were former MPs (defeated in the 2011 election), then-health critic for the Liberals, MP Ujjal Dosanjh, BQ MP Eve-Mary Thai Thi Lac as well as Yukon MP Larry Bagnell.

It is significant that the March 21st Parliamentary exchanges resulted in a consensus around the CAI’s five policy points as a reasonable and responsible course of action for MPs’ consideration of anaphylaxis. (To view a detailed background on the CAI policies, read this document.)  Though the anaphylaxis awareness motion was lost with the dissolution of Parliament and the call of the federal election, this House of Commons debate does achieve three important things:

1) The debate itself is a point of reference for MPs and Ottawa officials on the degree of support there is for action on anaphylaxis issues;

2) The 5-point policy of the Canadian Anaphylaxis Initiative is established as the central focus of debate for MPs’ approach to the issues involving anaphylaxis.

As a post-script to this debate, MP Dean Allison re-introduced the anaphylaxis awareness motion in the new (and current) Parliament in June 2011. Motion M-230 is now the subject of activities and further debate in this 41st Parliament.

For more information on the CAI and its activities on Parliament Hill, visit its website – www.cai-allergies.ca

1 thought on “MPs Receptive to Acting on Anaphylaxis Issues”