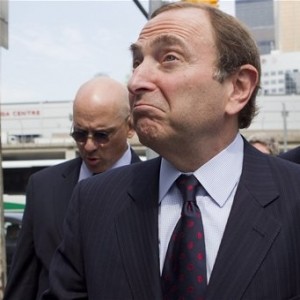 How can anyone have any sympathy for the labour disputes between sport franchise owners and our modern day gladiators. Still, each time there is a dust-up in a sports arena, players claim they’re “taken advantage of” and owners cry “poor. “

Seriously, the only people really hurt by sport-shutdowns are the fans. Season after season, loyal fans dole out hundreds of dollars to attend the major-day sporting event. They buy team merchandise. They purchase cold hot dogs and warm beer at a small ransom. They empathize with their favorite players and live by every team decisions.

And then they must endure a strike/lock-out (call it what you want) because multi-millionaires can’t agree how to wade through the piles of cash… Owners have the problem of divvying up hundreds of hundreds of millions of franchise dollars each year. The athletes all get paid handsomely for playing their game. Here’s what our gladiators currently make on an annual basis:

With this amount of money in play for each gladiator we admire and cheer for – there’s but one conclusion:  the multi-millionaire players and the franchise owners are “gaming their fans.”

So, as the deadline for the NHL negotiations tick down this week and we see all the doomsday scenarios for the great sport of hockey, is there any wonder there’s no sympathy and only disgust from fans?

(ed. – The gluttony of the professionals have prompted me to tune out the TV broadcasts this year and head out to local rinks to watch the junior teams across our community.)

1 thought on “NHL Lockout: a squabble between multi-millionaires”