So, did you know that in the US, if the president and vice president both resign or die, the Speaker of the House becomes the president? It’s always good to know who will take over. For instance, there was someone in the wings when Jimmy Carter was “attacked” by a large swamp rabbit or when George W. Bush famously choked on a pretzel while watching a football game.

In Canada, there is no official line of succession if something were to happen to the prime minister. Who would have stepped in if Jean Chretien didn’t successful defend himself with a Inuit soapstone from the intruder at 24 Sussex Drive? Who today would step in for Justin Trudeau? Perhaps Chrystia Freeland and Catherine McKenna would have had to compete in an arm wrestling tournament? 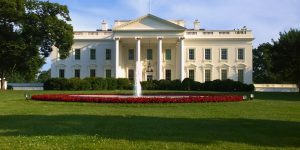 Here are ten more interesting facts about U.S. Presidents that might surprise you.

·         Jimmy Carter is the first U.S. President to have been born in a hospital.  No president of the United States was an only child for his parents.

·         John F. Kennedy was buried without his brain after it was lost during the autopsy.

·         Ulysses S. Grant was once arrested for speeding in a horse and buggy and President Franklin Pierce was arrested during his term for running over an old lady with his horse (but the charges were dropped).

·         All of the people in Lyndon Johnson’s family had the initials LBJ, including his dogs – and did you know that the S. in Harry S. Truman’s name does not stand for anything?

·         The White House officially got its name in 1901 and prior to that it had been called the President’s Palace, President’s House, and the Executive Mansion (BTW – John Adams was the first to live in the White House).

·         Then there are the traditions surrounding the Office: George Washington preferred the less formal address of “Mr. President”, which is still used today. Sarah Polk, wife of James Polk, selected “Hail to the Chief” to be played whenever a president enters a room. Every president has recited the same words when taking the Oath of Office. 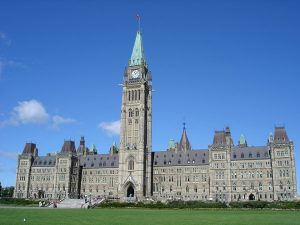 Here are 10 interesting facts about our Canadian Prime Ministers.

·         William Lyon Mackenzie King is the longest serving prime minister in Canadian history and in the history of the Commonwealth.

·         Most of Canada’s prime ministers have been lawyers, Justin Trudeau and Stephen Harper being the most recent exceptions.

·         Louis St. Laurent was the first prime minister to be heavily covered on television.

·         Brian Mulroney won the largest electoral majority of any Canadian prime minister in the landslide of 1984.

·         The mansion at 24 Sussex Drive in Ottawa would stand for 80 years before becoming the official residence of the Prime Minister (yet, when it was built in 1868, one of its first visitors was Sir John A. Macdonald). Louis St. Laurent became the first PM to occupy the house, in 1951. Since then, every PM, except Kim Campbell, has lived in the house (Campbell lived at Harrington Lake for the summer of 1993 while the Mulroney packed – and by the time the keys were ready to be handed over, PM Campbell had lost her job).

·         Lester B Pearson gave Canada its maple leaf flag (in time for the Country’s Centennial) and Pierre Trudeau gave the country its national anthem.