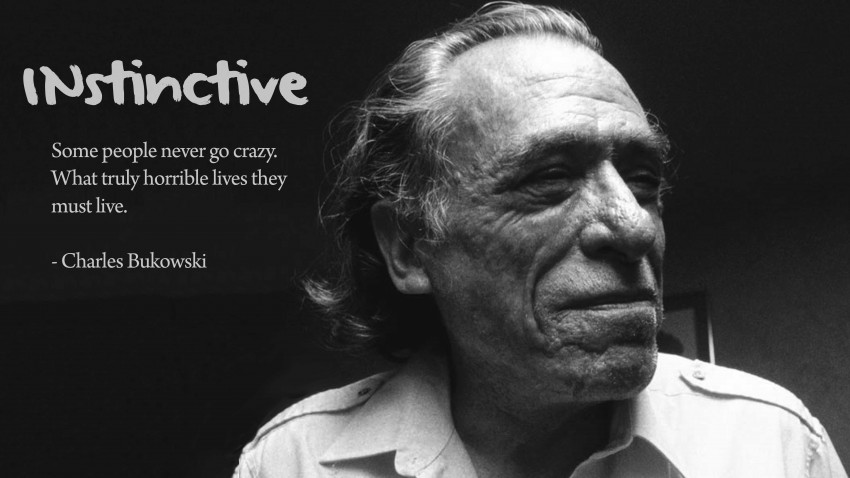 As cited in Wikiquotes, Charles Bukowski (1920-1994) was a Los Angeles, California poet and novelist sometimes mistakenly associated with Beat Generation writers because of alleged similarities of style and attitude. Bukowski’s writing was heavily influenced by the geography and atmosphere of his home city of Los Angeles. He wrote more than fifty books and countless smaller pieces.

For many artists today there is a real fascination with Charles Bukowski. He is one of America’s most honest writers, revealing raw, edgy insights that capture the naked truths of existence in our modern world. The scribes at By George have cherry picked 15 of these truths…