Through the ages, our Canadian Prime Ministers have had a few elected bench mates who loyally served them as their trusted wingmen – their closest advisors, often the Cabinet’s Mr. Fix-It or a dependable Party workhorse. Often, we can look back at the PM’s tenure and see the successes (or failures) of their governments as reflective in how effective their wingmen were in advising on crisis situations and managing the caucus.

Prime Minister Stephen Harper has had a series of wingmen through his time as Leader of the Conservative Party. At the beginning there were old Reform partners, like Vic Toews, Jason Kenny and Jim Prentice, who provided a great deal of input. Throughout his stint at 24 Sussex Drive, Mr. Harper has called upon an Ontario triumvirate of Mike Harris ministers — Jim Flaherty, John Baird and Tony Clement. 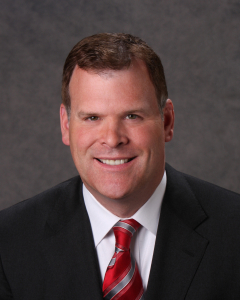 Of all these men mentioned, perhaps the person with the greatest personal suasion was John Baird – close friend of the family, (wing)man-about-Ottawa and one of Mr. Harper’s earliest political operators east of the Prairies.  For this reason, Baird’s resignation is a huge loss for the Prime Minister – and an untimely exit for a Party rallying their troops for the next election battle. Baird’s departure, along with the resignation of Jim Flaherty a month before his death last year, has resulted in two of Harper’s most powerful ministers vacating his inner circle in less than a year.

Beside every PM is…

This turn of events today, got By George reflecting on past Prime Ministers and their able wingmen. In the last 40 years, how can we forget these Trojan MPs who worked so hard for their Leader?

For politicos, the mention of each of these Cabinet Ministers conjures up fiery debates and events that have defined their Prime Minister and his time in office.

As John Baird departs the Hill, one must wonder who can fill the role as both mirror and foil for Stephen Harper now? Who will be his new wingman?