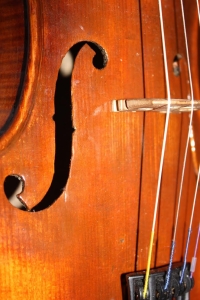 I can’t seem to shake loose this stupid grin
As I watch my son lean into the mic to project the opening notes
he cocks his head to the side and lets his fiddle sing
a series of double strings, then his fingers run up and down the fiddle’s neck
and then a clear high siren, before he brings the reel home with a cascade of sounds

A young girl is up and dances in front of him
shuffling back and forth and keeping rhythm by
running her hands through her locks
Others stand, smiling, tapping their toes, clapping
And the bow dips and dives, the music seems to
carry all of us off to another, livelier place

There’s a faint smile and glint in the fiddler’s eye
Though he’s never travelled the road to Errogie
he’s brought the Scotland highlands to this hall, this night
We are there, transported with him, delighted with each draw of his bow

The right foot stamps as he gazes off somewhere between his notes
and then his eyes catch mine and he raises his eyebrows,
nods his head towards me, then flashes that fiddler’s smile,
small gestures that lift and carry me away with him and his tune

(ed. – This is a newly released poem found in a compilation of verse just released under the title of MIDSTEP – A dozen poems towards where I want to be. To get your copy of Midstep, contact chrisg.george@gmail.com.) 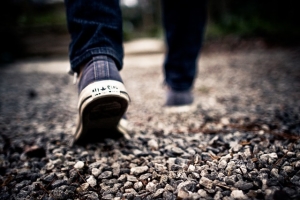 MIDSTEP – A dozen poems towards where I want to be

2 thoughts on “The fiddler’s smile”