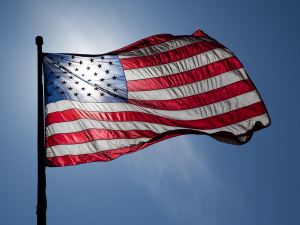 Neil Macdonald is the senior Washington correspondent for CBC News and this week he announced he is leaving the American beat and “coming home.” Macdonald began his Washington post in 1988 and has served more than 25 years south of the border covering Congress and the affairs of the Nation.

In an editorial piece Macdonald produced for CBC News, he makes poignant observations about the differences between Canada and U.S., our politicians and bureaucracies. As he packs his bags, Neil Macdonald provides us with a glimpse of what he admires most in the United States. Here are excerpts from his editorial:

Accountability. It’s a favourite word for politicians everywhere these days, but in this country it actually means something.

Freedom of information in America is a defined public right, not a silly concept to be circumvented or ignored by smug officials and politicians.

Call a U.S. government department, and you’ll probably find an official who’s liable to call back with real information.… Ottawa’s default setting is secret, as I’ve discovered on the odd occasion I’ve had to call across the border for information.

“Doing the right thing” – I have no other phrase to explain it, but it is a powerful motive in the American public mind.

Democracy – There is more of it in America. A lot more.

Americans work harder, give more to charity — far more — than Canadians, and there is a touching reverence here for public service.

To view his editorial in full (a recommended read!), click:
Farewell, America, Canada could learn a few things from you