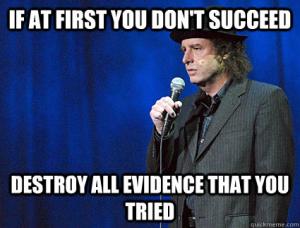 Steven Wright is an American comedian, actor, writer, and an Oscar-winning film producer. He is known for his slow, deadpan delivery of ironic, philosophical and sometimes nonsensical observations, non sequiturs and one-liners.

Here is a generous serving of wit from America’s funny-man Steven Wright.

This is a note of caution from Wikipedia. It states: Numerous lists of jokes attributed to Wright circulate on the Internet, sometimes of dubious origin. Wright has stated, “Someone showed me a site, and half of it that said I wrote it, I didn’t write. Recently, I saw one, and I didn’t write any of it. What’s disturbing is that with a few of these jokes, I wish I had thought of them. A giant amount of them, I’m embarrassed that people think I thought of them, because some are really bad.”