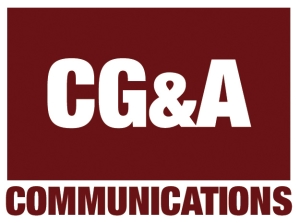 Just where has the time gone? This month, Chris George and his network of associates at CG&A COMMUNICATIONS enter their 23rd year!

Over the last two decades, there has been a number of significant successes; and here are a few:

On the 20th anniversary milestone, CG&A COMM compiled an interesting set of facts about the enterprise and its accomplishments. There is a whole bunch to remember!