The kids filed into class on Monday morning. They were all very excited.  Their weekend assignment was to sell something, then give a talk on salesmanship.

Little Sally led off. “I sold Girl Scout cookies and I made $30,” she said proudly. “My sales approach was to appeal to the customer’s civic spirit and I credit that approach for my obvious success.”

“Very good,” said the teacher.
Little Darla was next. “I sold magazines,” she said.  “I made $45 and I explained to everyone that magazines would keep them up to date on current events.”

Eventually, it was little Johnny’s turn. The teacher held her breath.

Little Johnny walked to the front of the classroom and dumped a box full of cash on the teacher’s desk.  “$2,467”, he said. 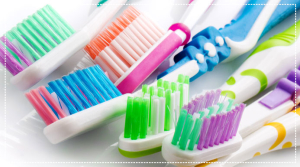 “Toothbrushes,” echoed the teacher. “How could you possibly sell enough tooth brushes to make that much money?”

“I found the busiest corner in town,” said Johnny. “I set up a Chip and Dip stand and I gave everybody who walked by a free sample.”

“They all said the same thing, “Hey, this tastes like dog poop!””

“I used the Justin Trudeau sales method of giving you some crap, dressing it up so it looks good, telling you it’s free, and then making you pay to get the bad taste out of your mouth.””

(ed. – This joke is destined for the second edition of By George collection of political jokes. The first edition of “Keep ’em Laughing – classic political jokes delivered on the campaign trail and atop the soapbox” is available in Our E-Bookshelf.)