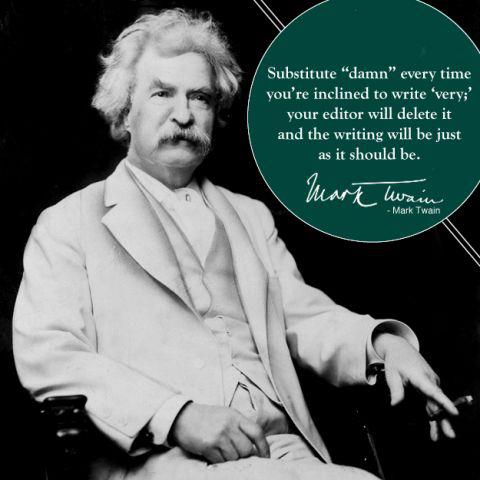 In a letter to D. W. Bowser, in 1880, Mark Twain described what he saw as quality writing:

I notice that you use plain, simple language, short words and brief sentences. That is the way to write English – it is the modern way and the best way. Stick to it; don’t let fluff and flowers and verbosity creep in. When you catch an adjective, kill it. No, I don’t mean utterly, but kill most of them – then the rest will be valuable. They weaken when they are close together. They give strength when they are wide apart. An adjective habit, or a wordy, diffuse, flowery habit, once fastened upon a person, is as hard to get rid of as any other vice.

Here are some of this great master’s musings on the art of writing.