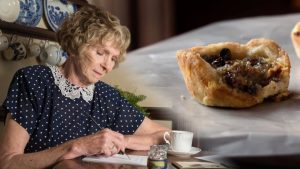 Pastry connoisseurs were shocked this morning when 98-year-old Rosie Vasco, the first person to publish a butter tart recipe that inexplicably called for raisins, issued a long-awaited public apology for desecrating one of Canada’s most beloved baked goods.

“My sincere apologies to anyone who has ever innocently bitten into a butter tart, unaware that it is filled with raisins,” Vasco said in a press conference from her nursing home. “I have spent my life haunted by guilt for the undue anguish my recipe has caused the bake sale community.”

At her home in Barrie, Ontario, Jeanie flips through a scrapbook filled with pictures of butter tarts. She stops on a worn page from a 1942 issue of Chatelaine and her eyes instantly well with tears.

“This is it. The first published butter tart recipe to include raisins,” McLean says. “It’s hard for me to look at. Dad says it’s what sent Grannie to her grave.”

In 2000, the year the butter tart celebrated its centennial, McLean organized a petition calling for an apology from the author of Chatelaine‘s “tart sacrilege.”

More than 850,000 Canadians signed the petition, demanding reparations for the damage the highly controversial dried fruit had caused to the reputation of the nationally acclaimed dessert.

One of the signatories was Gordie Beynon, then 29, who says his father’s homemade butter tarts used to be his favourite treat.

“While visiting Dad in the hospital, I noticed the cafeteria sold butter tarts. I bought one thinking it would comfort him,” Beynon said. “He took one bite, whispered ‘RAISINS,’ and slipped into a coma he never came out of.”

Beynon added, “To be fair, “Raisins” was also the name of his beloved childhood toboggan, so I’m not sure what he meant.”

Vasco said it took her 17 years to respond to the petition due to a constant stream of threats.

“People have called me a grape murderer. They’ve mailed me Glosette Raisins boxes filled with chocolate-covered flies,” she said. “In 1987 someone broke into my house and left a beheaded California Raisins doll in my bed. They weren’t sure where its neck started, so they just left its arms and legs.”

“My pastor told me raisins are the husks of grapes who have gone to hell.”

“I’m still too scared to buy unmarked tarts at farmers markets. I will not rest until every tart is pure and safe.”

(Yes, this is Canadian humour written by Laura Salvas and published by CBC Comedy. Go to the original post here.) 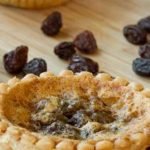