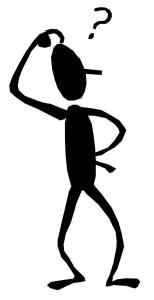 1. There were two fathers and two sons on a boat fishing. They each caught a fish, but only three fish where caught. How can this be so?

3. No sooner spoken than broken. What is it?

4. What do these three have in common: Dogs, Diamonds, and Double Plays

5. Dee Septor, the famous magician, claimed to be able to throw a ping-pong ball so that it would go a short distance, come to a complete stop, and then reverse itself. He also added that he would not bounce the ball off any object, or tie anything to it. How could he perform this trick?

7. Dies half its life / lives the rest / dances without music / breathes without breath

8. There are eight pills. They are all the same size and color. One pill weighs slightly more than the others and it is poisonous. You have a balanced scale and can only use it twice. How can you find the poisoned pill?

10. What two words, when combined, hold the most letters?

11. What is better than the best, more evil than demons, the poor have it and the rich need it, and if you eat it, you will die?

12. A traveller comes to a fork in the road which leads to two villages. In one village the people always tell lies, and in the other village the people always tell the truth. The traveller needs to conduct business in the village where everyone tells the truth. A man from one of the villages is standing in the middle of the fork, but there is no indication of which village he is from. The traveller approaches the man and asks him one question. From the villager’s answer, he knows which road to follow. What did the traveller ask?

1 thought on “Left Riddled and Confused”