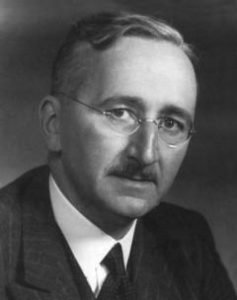 Friedrich August von (F.A.) Hayek (1899 – 1992) was an Austrian-British economist and philosopher who is best known for his defence of classical liberalism. In 1974, Hayek shared a Nobel Prize for his work on economics.

Friedrich Hayek has been referred to as “the most prodigious classical liberal scholar of the 20th century.” His ideas and thoughts of liberty are a cornerstone of our understanding of what it means to be free.

Friedrich Hayek observed “unless we can make the philosophic foundation of a free society once more a living intellectual issue, and its implementation a task which challenges the ingenuity and imagination of our liveliest minds, the prospects of freedom are indeed dark.”

Here are F.A. Hayek’s bons mots on liberty and freedom.

“A society that does not recognize that each individual has values of his own which he is entitled to follow can have no respect for the dignity of the individual and cannot really know freedom.”

“If we wish to preserve a free society, it is essential that we recognize that the desirability of a particular object is not sufficient justification for the use of coercion.”

“Coercion is evil precisely because it…eliminates an individual as a thinking and valuing person and makes him a bare tool in the achievement of the ends of another.”

“The argument for liberty is…an argument…against the use of coercion to prevent others from doing better.”

“Individual liberty…demonstrate[s] that some manners of living are more successful than others.”

“Liberty not only means that the individual has both the opportunity and the burden of choice; it also means that he must bear the consequences…Liberty and responsibility are inseparable.”

“Liberty is not merely one particular value…it is the source and condition of most moral values. What a free society offers to the individual is much more than what he would be able to do if only he were free.”

“All political theories assume…that most individuals are very ignorant. Those who plead for liberty differ…in that they include among the ignorant themselves as well as the wisest.”

“The individualist…recognizes the limitations of the powers of individual reason and consequently advocates freedom.”

“Once wide coercive powers are given to government agencies…such powers cannot be effectively controlled.”

“The chief evil is unlimited government…nobody is qualified to wield unlimited power.”

“The case for individual freedom rests largely upon the recognition of the inevitable and universal ignorance of all of us concerning a great many of the factors on which the achievements of our ends and welfare depend.”

“The system of private property is the most important guarantee of freedom, not only for those who own property, but scarcely less for those who do not.”

“There is no justification for the belief that, so long as power is conferred by democratic procedure, it cannot be arbitrary…it is not the source but the limitation of power which prevents it from being arbitrary.”

“Equality of the general rules of law and conduct…is the only kind of equality conducive to liberty and the only equality which we can secure without destroying liberty.”

“Under the Rule of Law…the individual is free to pursue his personal ends and desires, certain that the powers of government will not be used deliberately to frustrate his efforts.”