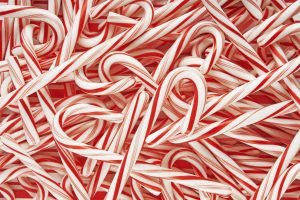 1. Christmas was once a moveable feast celebrated at many different times during the year. The choice of December 25 was made by Pope Julius I, in the 4th century A.D., because this coincided with the pagan rituals of Winter Solstice, or Return of the Sun. The intent was to replace the pagan celebration with the Christian one.

2. Christmas Day in the Ukraine can be celebrated on either December 25, in faithful alliance with the Roman Catholic Gregorian calendar, or on January 7, which is the Orthodox or Eastern Rite (Julian calendar), the church holy day.

3. During the ancient 12-day Christmas celebration, the log burned was called the “Yule log.” Sometimes a piece of the Yule log would be kept to kindle the fire the following winter, to ensure that the good luck carried on from year to year. The Yule log custom was handed down from the Druids.

4. At lavish Christmas feasts in the Middle Ages, swans and peacocks were sometimes served “endored.” This meant the flesh was painted with saffron dissolved in melted butter. In addition to their painted flesh, endored birds were served wrapped in their own skin and feathers, which had been removed and set aside prior to roasting.

5. After A Christmas Carol, Charles Dickens wrote several other Christmas stories, one each year, but none was as successful as the original. Before settling on the name of Tiny Tim for his character, three other alliterative names were considered by Charles Dickens. They were Little Larry, Puny Pete, and Small Sam. And Dickens’ initial choice for Scrooge’s statement “Bah Humbug” was “Bah Christmas.”

6. During the Christmas/Hanukkah season, more than 1.76 billion candy canes will be made. Candy canes began as straight white sticks of sugar candy used to decorated the Christmas trees. A choirmaster at Cologne Cathedral decided have the ends bent to depict a shepherd’s crook and he would pass them out to the children to keep them quiet during the services. It wasn’t until about the 20th century that candy canes acquired their red stripes.

7. Christmas caroling began as an old English custom called Wassailing. “Wassail” comes from the Old Norse “ves heill” – to be of good health. This evolved into the tradition of visiting neighbors on Christmas Eve and drinking to their health.

8. Mistletoe, a traditional Christmas symbol, was once revered by the early Britons. It was so sacred that it had to be cut with a golden sickle.

9. Hallmark introduced its first Christmas cards in 1915, five years after the founding of the company. More than three billion Christmas cards are sent annually in the United States.

10. Greeks do not use Christmas trees or give presents at Christmas. In Greek legend, malicious creatures called Kallikantzari (gremlin-like spirits) sometimes play troublesome pranks at Christmas time. According to the legend, to get rid of them, you should burn either salt or an old shoe. Apparently the stench of the burning shoe (or salt) drives off the creatures. Other effective methods include hanging a pig’s jawbone by the door and keeping a large fire so they can’t sneak down the chimney. A priest may throw a little cross into the village water to keep kallikantzari hiding in dark, dusty corners, he goes from house to house sprinkling holy water.