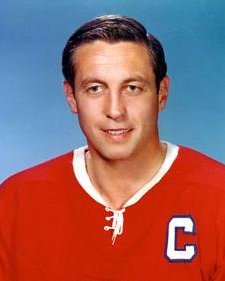 Jean Béliveau captained the Canadiens from 1961 until his retirement in 1971, making him the longest-serving captain in franchise history.

His No. 4 jersey was retired by the Canadiens on October 9, 1971 (also Guy Lafleur’s first NHL game)

The 6-foot-3, 205-pound centreman missed the playoffs just once in his 18 seasons, his second-last year in the NHL, and appeared in 13 All-Star Games.

His name appears on the Stanley Cup a record 17 times, having won seven championships during 22 post-playing years as the Canadiens’ senior vice-president of corporate affairs. 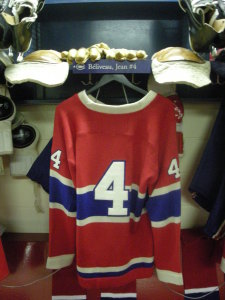