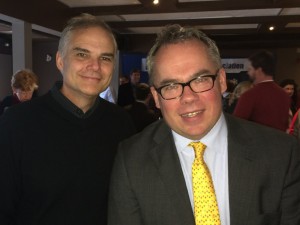 This past weekend I was at a breakfast gathering of politically engaged folks, who had the pleasure of hearing guest speaker Paul Wells, Maclean’s political editor. Canadians will know Paul for the insight he espouses in his Maclean’s blog – Inkless Wells

In his Saturday morning address, Paul spoke of experiences related to his coverage of Canadian and American politics. His accounts were captivating and were peppered with funny sidebar comments and personal reflections. One interesting item Paul shared was his four rules of Canadian politics. He has written before on these rules, and he mentioned he often refers back to them in his work. For the record, here they are…

1: For any given situation, Canadian politics will tend toward the least exciting possible outcome.
2: If everyone in Ottawa knows something, it’s not true.
3. The candidate in the best mood wins.
4. The guy who auditions for the role of opposition leader will get the job.

Here is an important footnote. Paul Wells has a book currently on the best-sellers charts. His book, The Longer I’m Prime Minister, is his accounting of Prime Minister Stephen Harper’s hold on power and his strategic prowess in advancing a conservative agenda.

The Longer I’m Prime Minister is on my Christmas gift list for a few of my friends. After hearing Paul speak, I have a renewed admiration for his wit and adept examination of our ever-changing political landscape.