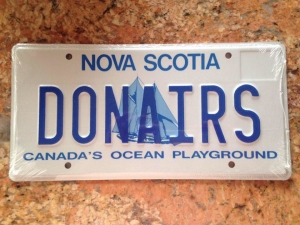 It cannot be overstated: there is nothing as delectable as a donair – specifically, a Halifax donair.

In some quarters it has become legendary; in others’ it is simply “too much.” Finally, this delicious gastronomical mainstay of the Nova Scotia Capital is getting its due recognition and respect. The birthplace of the donair, Halifax, has declared it “the official food of the City.” In honour of this recent announcement, here are 10 facts about the Nova Scotian donair:

FACT 1:  Donair meat is made from a combination of ground beef and bread crumbs, and is spiced in various ways, depending on the restaurant. A sweet garlic sauce is typically made from evaporated milk, vinegar, garlic, and sugar. Similar to a gyro, donairs are served in pita flat bread and topped with slices of tomato and onion. RECIPE: http://allrecipes.com/recipe/71963/dashs-donair/ , http://www.food.com/recipe/dash-riprocks-real-halifax-donair-90387 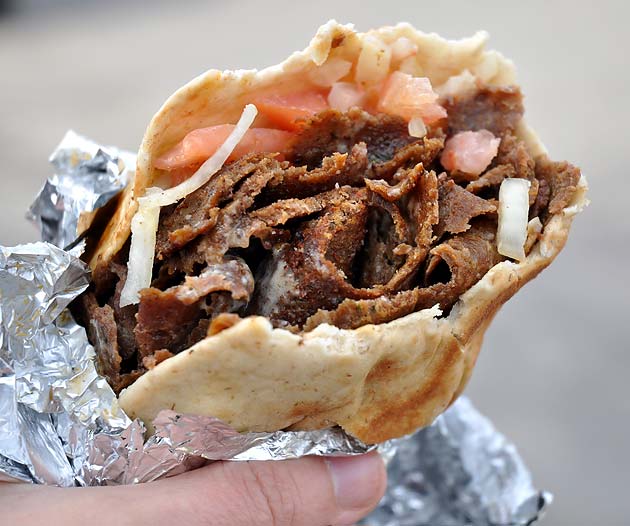 FACT 2:  Here is the best way to eat a donair (and let’s preface these instructional remarks by first stating that the best donairs are served with “extra sauce” so they are runnier and messier). Peal back the tin foil wrapping to expose only one-eighth to one-quarter of the donair. Bite through the pita bread into meat – each mouthful should have a mixture of both. Try and hold the donair as horizontal as possible without losing any contents – and as you eat, turn the donair ever-so-slowly. This maneuver ensures the sauce does not settle to the bottom. As you chomp away, peal back the foil to only reveal half inch of the donair at a time. Every so often, tilt your hand forward and allow for the juice to be re-applied throughout your wrap. Be sure, at all times, to lean forward so as not to have any juices drip onto your clothes. If the donair is dripping, eat faster. It is not good to put it down while eating as you will lose juice and perhaps some of the contents. It is absolutely fine to have sauce dribble on your chin, between your fingers or down your arm (there is plenty of time to lick and hose down after you have finished your meal).

FACT 3: Just recently Halifax named the donair its official food. After a 43-page staff report, a sponsoring councillor’s report, and a heated debate at two City Hall council meetings, the Mayor broke a tie vote making it official – the donair will be forever known as Halifax’s Official Food. (News stories here and here.) Interesting side-note is that it is now added to Nova Scotia’s list of official things:

FACT 4:  Donair meat is not only served in a pita wrap, but can also adorn other delicious dishes. For example, throughout Nova Scotia you can now enjoy donair pizza – with a special dipping sauce for its crust. There’s donair eggrolls to munch on as a party appetizer. Or, the latest addition the menu of a Dartmouth eatery is donair soup. And, believe it or not, the creator of donair soup is actually known as a “Soup Whisperer”.

FACT 5:  Right, here is a shortlist of notable donairs to be discovered in Nova Scotia!! First stop should be a pilgrimage to KOD on Quinpool Road. For the most delicious donair outside of Halifax, travel to Truro and order a large donair from Sam’s. If you have a real large hankering, you must visit Stewiacke and order what is known as the largest donair in Canada at Frank’s. You may like to try donair soup at Souper Duper Soup in Dartmouth – but check out what their serving up that day on Souper Duper Soup Twitter so you are not disappointed. Finally, no social gathering would be complete without a big plate of heavenly donair eggrolls – buy them by the dozen! – at Papa Mario’s in the Halifax Mall Annex.

FACT 6:  Peter Gamoulakos tried to introduce Greek-style gyros to Haligonians in the late 1960s. It was in a small restaurant in Bedford, Nova Scotia – Velos Pizza – that Peter altered the gyro recipe of sliced lamb served with tzatziki sauce. Instead, he produced a meal of sliced, spiced ground beef and crafted a distinctive sweet sauce. So, the birthplace of the donair: Velos Pizza

FACT 7:  Peter popularized the donair in the mid-1970’s when he opened his King of Donairs restaurant on the busy Quinpool Road. In the 1980’s, after Peter sold his KOD restaurant, KODs were franchised and popped up throughout Halifax – most notable in the lore of the City’s donair haunts were the two KODs that stood on the City’s infamous Pizza Corner (corner of Blower and Grafton Streets).

FACT 8:  The history of the donair would not be complete without mentioned the great family feud with the Gamoulakos brothers. Peter’s brother John claims he was also part of this early history. In fact, today, there is a restaurant Johnny K’s Authentic Donairs (located on Pizza corner) which has a wall plaque that credits “Peter and John Kamoulakos” with creating the donair – spelling the Greek surname with a K as John does. However, John was not part of Peter’s efforts to popularize the donair until the 1980s, when Peter had sold his KOD and opened Mr. Donair, a north-end manufacturing outpost of donair-making products.

FACT 9:  Differences between a Nova Scotia donair and a central Canada donair lay primarily with the sauce. Like the gyro, donairs in Quebec and Ontario have a garlic-tzatziki sauce. Some add lettuce and taboli to accompany the meat. In some cases, there may be combinations of pork and lamb mixed with the beef. You will find, donairs bought in the Maritimes to be true to Peter Gamoulakos creation, while those bought further west in Canada will vary greatly in presentation, contents and taste.

FACT 10:  If you do not live in Nova Scotia and wish to order-out your donairs, there are restaurants that will ship the spiced beef and sweet sauce fixings to your door. A favourite supplier at our Upper Canada dinner table is Domascus Pizza in Truro. We have also had wonderful meals prepared by Elmsdale Pizzeria; however these donair packages were lovingly transported by family members. An Internet search on this subject reveals that the major chains will all accommodate your shipping needs: Tony’s, KOD and Johnny K’s Authentic Donairs. There’s nothing like ordering in – the official food of Halifax direct from Halifax!!

Should you wish to read more, as an aficionado of all-things-donair, I would like to share a few personal comments on this heavenly dish. 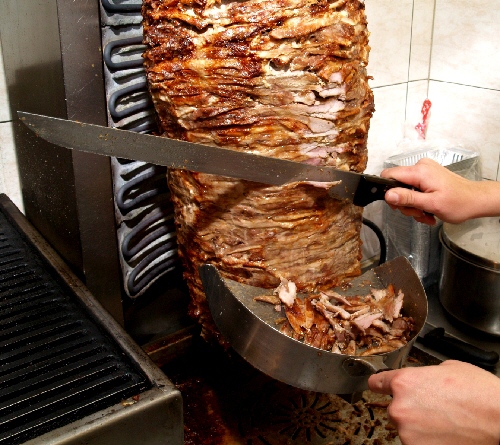 (ed. – The pun “Greek Wrapsody” is to be credited to headline writers at the Toronto Star, where we first saw this clever moniker.)