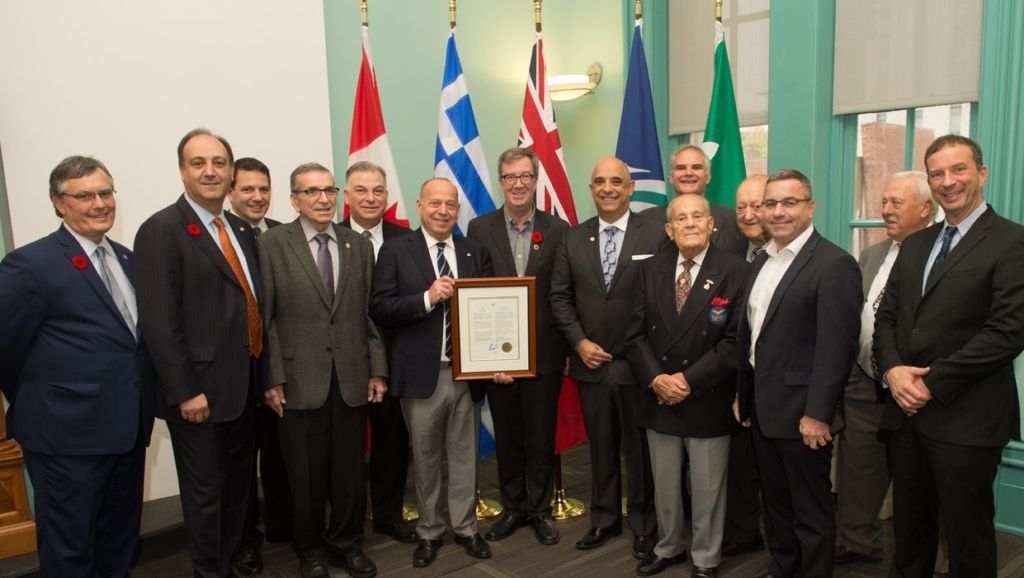 His Worship Mayor Jim Watson officially proclaimed October 28th as “Oxi Day” for the residents of Ottawa. The proclamation states:

Whereas, each year on this date, people of Hellenic heritage around the world celebrate the anniversary of the infamous WWII response “Oxi” by a besieged Greek Nation to the aggression of the Axis powers; and

Whereas, this triumph of human spirit over tyranny, demonstrated by Greeks in their hour of darkness, has endured as a shining example for all free people and nations in our world to stand and defend the ideals of freedom, justice and liberty; and

Whereas, in the Ottawa Region, the AHEPA Ottawa Chapter promotes the recognition of and appreciation for the values of Hellenism, as so profoundly captured in the Greek response of “Oxi”;

Therefore, I, Jim Watson, Mayor of the City of Ottawa, do hereby proclaim October 28, 2016 Oxi Day in Ottawa.